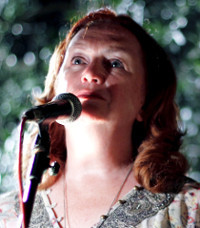 February can be a strange month, don’t you think? As far as the Tuscans are concerned, it’s the second month of winter knowing that if we are going to get any severe weather, January and February are the two months to expect it. We had just a fleeting layer of snow, although our daughter and family who live higher up, were stranded for a couple of days.

For my man and me, the month started with the arrival of new storage from IKEA and we were at last able to transfer boxes of clothes to drawers and hangers.Despite this, my man still had a couple of boxes left over containing clothes he hasn’t worn for twenty years or more! “I bet you’ve got old cheesecloth shirts and Miami Vice trousers in there that you are never going to wear. Why not drop them off at the clothes collection box in the piazza.” I smiled encouragingly. He went straight onto the defensive, saying that when he loses a bit of weight he might want to wear them again. Then he looked at me with those big blue eyes and I melted.

Back in our local village of Fiano, we are enjoying our morning coffee in Laura’s Bar/Alimentare. The papers are full of pictures of the famous Viareggio Carnival and there are big paper mache figurines of Silvio Berlusconi and other politicians wearing knickers and bras. Imagine that happening in some of the Arab countries, no way! I also read that one of my favourite bands, Dream Theater, were performing at the Pistoia Blues festival for which I failed to buy tickets in time. But never mind, I will be performing one of their classics ‘Wither’ at my next concert in June; I’m really looking forward to that.

Other local news was the announcement that Laura’s daughter Benedetta is pregnant! Congratulations to her and her lovely husband. Simply by being regular coffee customers we feel part of the community and are delighted with the news as if we were part of her family. A Tuscan village is, after all, one big family.

Mid-month, the nation was glued to the television for The 65th Festa Della Canzone Italia, where all the great and good Italian singers go to celebrate, you guessed it, singing. So the talk in the bar was all about who performed the night before and which singer was the best. It is hosted by the hugely popular and charismatic TV personality Carlo Conti, and there was a big splash about him in the national newspapers. There are some very good singers of popular music here in Italy, but I have to say there are a lot of bad ones two. If you have never lived in Italy or stayed for a while, you will not have heard some of the awful stuff played on the radio, but that is only my humble English opinion. However, the good news is the Italians also love English and American bands and singers, so I’m OK for a few more years at least!

Oh, must not forget San Valentino! February 14th is celebrated here in Italy just like the rest of the world. The papers are full of adverts for Romantic dinners and hotels. Also pictures of the handsome motorbike racing star, Valentino Rossi. Italian men, in my view, are not very romantic despite their claim to be the most macho and handsome in Europe. Once one has got his girl and married her, any romance that may have existed quickly dissipates.

However, sharing a house with his mother may have something to do with that! Laura had displayed some nice chocolaty heart shaped gifts in the bar and was trying to encourage a bent old boy to buy something for his wife.

The grumbly response was equivalent to something like ‘You’ve got to be kidding.’ I was sad to hear this and said “Do you not celebrate Amore anymore?” His face brightened and he said, “How about you and me?” Serves me right of course.

Meanwhile, every woman’s dreamboat, Silvio Berlusconi, is still in the news. He was unhappy with the election of Sergio Mattarella as President. SB does not like judges, and SM is a former senior judge! Out of curiosity, I checked out Silvio’s status at the end of February and discovered that he is currently worth $7.4 Billion, which was an increase of 0.2% over the previous day.

When one is filthy rich it is impossible not to get richer. My man and I were thinking that perhaps SB would like to invest in an Italian Rugby team in addition to his football team, AC Milan. I think I’ll drop him a line.

Well, must go. I need to give my final approval to my two books before they are published. I have just a couple of changes to make, so watch this space as they’ll be up on Amazon shortly.