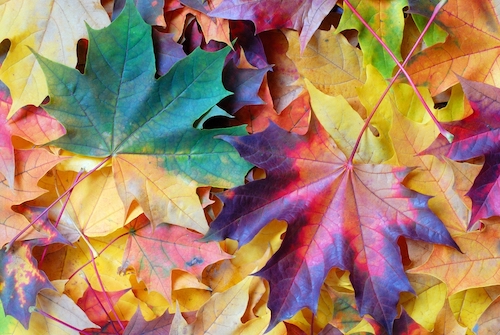 Autumn in Tuscany is arguably the most beautiful season of the year. I love it! By mid-October the grapes have been harvested and the vines are taking on stripes of colour; gold, yellow, orange and red. The sun is lower in the sky and the light creates the most amazing 3D effect across the countryside, the leaves of the olive trees shine bright silver and seen against a backdrop of rolling hillsides of woodland and dark evergreens, the view is breathtaking. The soil has now been dampened by some heavy showers of rain, much needed I have to say, as the land has been very dry over the last few weeks. The moist air brings out the gorgeous smells of the fallen pine leaves and fungi.It’s a heavenly time for walkers and artists. But beware; avoid leaving the well-used tracks and way-marked routes as October is also the beginning of a busy hunting season and the hunters will start popping away at first light which, when the clocks change next weekend, will be six o’clock! It’s a great time of year for collecting porcini mushrooms and chestnuts, however, go out with organized groups, it’s much safer that way.

Everyone has now stocked up with logs for their fireplaces and stoves. There is no shortage of deliveries in the area, we get ours from a regular guy in Certaldo. Gas heating can be expensive, but it is the most common fuel used. There is nothing like a big open fireplace to take you through the winter months, some friends have wood fired central heating too. As the days get colder, the wood fire is something we always look forward to. And, contrary to popular belief outside of Italy, we do have four different seasons, just like northern Europe, and the winters can be very cold.

As you will have read in my other columns, the lifestyle here, whatever the season, changes little other than market produce that varies with the seasons. It’s coming to the end of the zucchini (courgette) glut and the popular dish of deep-fried zucchini flowers, which my man loves. However, porcini mushrooms are readily available in the restaurants, the bigger caps can be grilled whole and this is one of my favourite dishes. We are anticipating the arrival of the tartufo bianco (white truffle) any time now, The perfume and flavour of these fungi are to die for. Of course the chestnuts are cooked and served up in the most delicious desserts, that only the Italians can create.

Back here in our little bit of Chianti, I continue to hammer away at the keyboard, writing to you and all my other readers, but importantly finishing my fourth book in the Continuing Adventures of Joanna Wilde series, called Assassin’s List. This book will be published in the spring. It is currently a little noisy as builders are converting the next-door barn, though they are nice chaps and try not to disturb me too much.

I have to say that the days of beautiful renaissance style building is sadly replaced by cement, concrete and render. The only remaining features will be the beams and original door and window frames. But we are not the owners, so that’s the way it is.

Our home is a beautiful converted monastery farmhouse with most of its original features and fireplaces intact. Also some lovely wall paintings that are more recent, but gorgeous anyway. Tuscany is still awash with ruins and properties in need of rescuing. If you are thinking of taking one on, be very vigilant with planning permission and triple check everything about the ownership and where your land starts and finishes. A friend got caught out buying from a farmer, who announced that a chunk of ‘their’ land was still his and demanded another fifteen thousand euros after the deal was done! Get good lawyers on board, don’t try and do things on the cheap.

But enough of that and on a much lighter note, October is a very busy month for great art exhibitions, theatre, concerts and festas. These cooler days make visiting the cities much more pleasant. We are mid-way between Florence and Siena and both are so much more attractive out of season. We also like to visit San Gimignano for lunch or dinner this time of year, although many restaurants close down when the tourists thin out. So best to google and check if they are open. Importantly, life is very good indeed here in beautiful Tuscany.

Well, time to get this column edited and off to you. Do drop me a line. I love to hear from my readers.