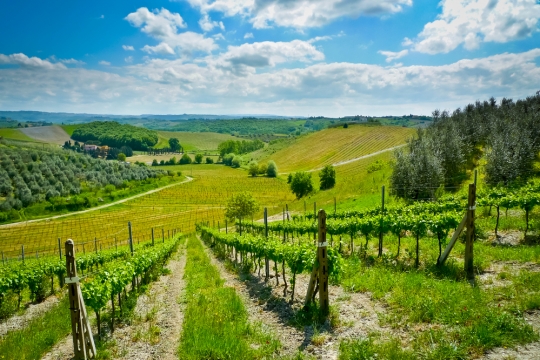 Benvenuti and welcome to all my lovely followers,

If you are new to this column I should tell you that each month I reflect back on the previous one, which in this case is February 2018. My aim is to bring you lots of fun things, and not too many serious ones.We had high hopes for a number of things at the beginning of February, despite it being the most wintry and dull month of the year. The Italian rugby team seemed fit to do well in the Six Nations, the traditional carnivals were ready to go, San Valentino promised lots of amore and several great musician tours were announced including Bob Dylan!

In the first week the Italian rugby team lost against England, despite a strong start. We were unsure as to whether England just played badly at the beginning, or whether Italy ran out of steam! At this point we remained hopeful for later matches. Our being English, we support both teams so we were not too disappointed.

To cheer some of us up, that is for those who love the San Remo Music Festival, which over five days puts on some pretty awful acts, along with some guest appearances by famous people like Sting, who has a home not far from us. The Italians love this festival, which is televised, a bit like the Eurovision Song Contest, only longer. By the second week in the month we had the results and the winners were a double singing act called Meta and Moro. You will find them on YouTube if you are really keen to hear them perform. Click here.

Now, what next? Ah, amore. Where in the world would you find a better place than Tuscany for being in love on San Valentino? On the 14th women of all ages were at risk of approach by single Italian males bearing red roses. Now a single rose is supposed to be romantic, however, it might also indicate the size of your Italian’s wallet or he’s just after a bit of…! Now a large bunch of roses means he’s serious and/or can afford a good ristorante, however, he may have a disabled or elderly mother at home and is looking for a substitute! But what the heck, life eeez good, life eeez now!

Meanwhile, all the general election candidates were out on the hustings. Even Mussolini’s granddaughter, Alessandra, turned up in Certaldo (our local town) in support of Stefania Scarpati for the Forza Italia party. Meanwhile, the papers continued to be full of the forthcoming election. Villages and towns had the big metal boards erected ready for the posters that would go up shortly and Matteo Renzi, the former Prime Minister, seemed to be talking himself into a big political hole, rather like David Cameron did in the UK. Both he and Silvio Berlusconi were now paying heed to female political advisors, I’m glad to say, however, no sign of a likely candidate from their ranks for PM yet. Watch this space.

Then, whilst enjoying morning coffee at La Dispensa, our favourite coffee bar & alimentare in Fiano, I found a fascinating article about 3D Printed Pasta being produced by BluRhapsody in Emilia! What a wonderful idea and the pictures showed lovely artistic creations perfect for sophisticates like me. I wonder if they might soon be able to print complete meals, if that was the case I would invest in a machine straight away! Click here

By the end of the month we were getting snow warnings! Here in our little bit of Chianti in Tuscany, it is quite normal to have a couple of days of the white stuff in February, then it quickly melts away in the lovely Mediterranean sun and spring leaps in. Unfortunately, like the rest of Europe, Italy was to receive a deluge of bad weather and I was warning visitors to stay away. But we were OK, snug and warm in front of the log fire in our beautiful monastery farmhouse.

Well, time to crack on with my blog and to bring you up to date with all the local weekly happenings.