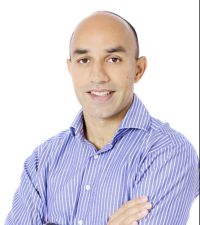 The F1 circus has rolled into Singapore this week as grown men go weak at the knees at the thought of seeing a famous driver or watching the cars speed around the street circuit.

The Singapore GP, or the 2013 Formula One Singtel Singapore Grand Prix to give it its official name, is a pretty big deal in the city state for a number of reasons. Whether you’re an expat or a local, the sound of a Formula 1 car whizzing past you has the same effect. Quite simply it makes the hairs on the back of your neck stand to attention. The jet-like sound, the sheer speed of the cars and the whole grand prix atmosphere is like nothing else in sport.

But there are also other reasons for such fanaticism every September in Singapore. For starters, there aren’t too many big sporting events in this city, and especially none the size of the F1 which has a truly global audience.Most big football clubs don’t stop in Singapore these days on their Southeast Asian tours. All the major English Premier League giants of Chelsea, Arsenal, Manchester United, Manchester City and Liverpool toured Asia in the pre-season but overlooked Singapore in favour of Thailand, Indonesia and Malaysia. And I guess one can’t blame them when we have a population a shade over 5 million, compared to say Indonesia with 237 million (making it the world’s fourth most populous country).

There are also no big cricket or rugby teams stopping off in Singapore (the British and Irish Lions actually chose to play in Hong Kong on their way to Australia this year) leaving the Singapore GP as the crown jewels on the local sporting calendar. And as Formula 1’s only night race, Singapore definitely sparkles on the Sunday night as the brightly lit city and its attractions vie for attention with the fast cars.

While it’s the only night race, it’s also one of F1’s few street circuits along with the likes of Monaco and Canada. This gives it added excitement allowing race-goers to get closer to the action from the kerbside. It also means that safety barriers are put up weeks in advance along the circuit. So no-one can avoid the Singapore GP as there’s a constant reminder throughout the month.

Then there are the countless driver appearances the take place while they’re here. As a journalist whose brief covers cars and motorsport I have been invited to a fair few events already. These include Mark Weber opening a new engineering academy to a Q&A with Lewis Hamilton and Nico Rosberg. Many of these events are open to the public as well. Some drivers will also be spotted in the swanky clubs and bars around town.

Another reason for the F1 frenzy is that Singaporeans are mad about cars. The former British colony has the world’s highest percentage of millionaires in the world which translates into plenty of supercars on the roads. Not a day goes by without seeing or hearing a Porsche, Ferrari or Maserati speed by. The most popular car make is Mercedes Benz, which isn’t that astounding. But it is when you consider cars are about three times the price than the UK for example.

To drive in Singapore you need to get a permit along with the car which allows you to drive it on public roads. This is known as a Certificate of Entitlement (COE) and can cost as much as the car itself. It’s the government’s way of limiting the number of cars on this tiny island to avoid overcrowding. This is a good thing in my opinion. But it does widen the gap between rich and poor, meaning only the wealthy can really afford to drive. And that they do. After Mercedes Benz, BMW is the second most popular brand – another luxury German car maker.

So you can see Singaporeans love their expensive cars and don’t mind paying the equivalent of a London flat for one. This filters up to the grand prix. If you like to drive fast and expensive cars, there’s a good chance you’ll want to watch them too, as they hurtle 61 times around the Marina Bay circuit.

Next year a new national stadium will be built in Singapore, which will have the world’s largest sliding roof. It could host a major pre-season football tournament, 20/20 cricket and even international rugby. This is something we are all looking forward to, especially sport-starved expats who miss the chance to watch live top-quality sport. So in years to come there should be plenty of choice for live sports lovers.

Until then, there’s the Singapore GP as the premier sporting event on these shores. Getting a grand prix here in the first place was a major achievement and over the years Singapore has provided itself turning it into a three- day extravaganza of cars, pop stars and glitz.

Six years on and it’s still just as exciting and glamorous as the first. Apart from the ear plugs.