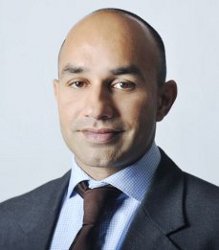 Being British you’ll excuse me for talking about the weather, but I have good reason. For I have just discovered that the country I now call home is one of the lightning capitals of the world. Singapore experiences an average of 186 days of lightning a year.

Now simple mathematics will tell you that is slightly more than one every two days. Not a great statistic to hear when you’ve just uprooted your young family to what you thought was a safe and child-friendly environment.

Singapore as you might expect has a higher number of lightning-related deaths as a result. It has 0.35 deaths per million people, compared to 0.2 in Britain.When it comes to the areas with the highest number of incidents of lightning there are a few contenders, including parts of Congo, Venezuela and central Florida. I think only Florida is popular among emigrating Brits, although I’m sure there are a handful of expats living in the Congo and Venezuela.

So Singapore must come top of some highly dubious table of countries with the highest number of lightning strikes per British expat. Anyone familiar with Singapore will know it loves coming top of tables, whether it’s for use of technology, ease of doing business or number of millionaires.

But fear not as the Government introduced a text message system to alert children who are too young to understand the risks of lightning. Alerts are sent to schools informing them of lightning risks in their neighbourhood and in areas where students are on excursion.

When I first arrived in the Lion City locals joked that there were four seasons in Singapore – hot, hotter, really hot and even hotter. After throwing away my jeans, warm woolly jumpers and jackets in anticipation of endless sunny days it soon became apparent this wasn’t the case.

Singapore’s famous shopping street Orchard Road, think Oxford Street but posher, flooded in 2010 giving me a warning of things to come. Then the storms came and I soon realised someone had been lying to me.

Coming from a country renowned globally for its rain and dreary climate I thought the weather would be fairly low on my list of most popular conversations behind swimming pools, tennis courts and other joys of being an expat. Sadly I was wrong.

Not a day goes by without some tedious comment from me on how heavy the rain is, how it rains a lot in Singapore and asking colleagues if they’ve ever been struck by lighting. None have.

But Singapore on a whole gets off pretty lightly compared to its Asian neighbours. Floods in Thailand along with earthquakes in Japan and New Zealand make me feel slightly better as Singapore is spared these natural disasters.

But still, try telling that to two young boys standing by the window admiring the pyrotechnics above and wondering why they can’t go for a swim or a runabout outside. One thinks they’re fireworks, the other just holds his hands over his ears.

And Fleetwood Mac have some explaining to do. Their famous lyric “thunder only happens when it’s raining” isn’t true either. My heart has often skipped a beat from a deafening crash of thunder overhead without the slightest drop of rain falling from the sky. Perhaps it was all those drugs pops stars took in the 70s.

Justin Harper is a former Daily Mail and Daily Telegraph business journalist who relocated to Singapore in 2010 with his wife and two sons. His articles on expat issues in Asia can be viewed at www.telegraph.co.uk/expat/