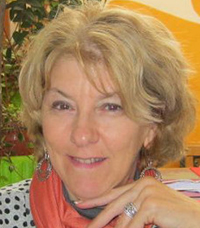 Henri Negresco founded the hotel, hiring architect Edouard-Jean Niermans, creator of the Moulin Rouge and Folies Bergères in Paris. The Negresco opened in 1912 and then was purchased in 1957, by Madame Jeanne Augier, her dad, and her husband, Paul. She took the hotel figuratively to new heights.

With its ninety-four bedrooms and thirty-four suites, the hotel’s decor is as visually rich as its history: decorated in brown and burgundy, gold, flamboyant pink and green, with silk fabric walls and golden headboards.The guest list is impressive, from artists Picasso, Dali, Chagall, and Cocteau to past and present-day celebrities, and political Heads of State. Reportedly, in recent years, Bill Gate’s blank-check offer to purchase the hotel was politely refused by Madame Augier, animal rights’ activist and the hotel’s sole proprietor, since the death of her husband in 1995.

The hotel has five distinct areas.

Guests are welcomed in the hotel reception by the bust of the grandson of Louis XIV in the reception, followed by the beautiful, 16,309-crystal chandelier in the Negresco’s Royal Lounge. This gorgeous chandelier was commissioned by Czar Nicholas II, who was unable to take delivery of it, and hangs in the large glass-dome lobby, which is classified as a historical monument.

A step into the 17th century, with its portrait of Louis XIV, the Sun King, in his royal costume and painted by Hyacinthe Rigaud, a ten-ton fireplace from Périgord, and a Baccarat chandelier, surrounded by rich colored walls, luxurious fabrics, portraits, and collectibles.

Filled with vibrant colors, an 18th-century carousel and its wooden horses oversee this lovely brasserie/restaurant, with its adjourning terrace – a place to see and be seen!

Negresco’s bar is a luxurious place to relax and unwind. In the evening, the bar becomes a piano bar with light, entertaining music. The bar’s woodwork dates back to 1913, and there is an exception tapestry from 1683. The setting is formal, but relaxing, with a feel of a Parisian salon from long ago.

The hotel restaurant features woodwork dating back to 1751 and a magnificent interior, with gobelin tapestries and roccoco furniture in untraditional colors of pink, lime green, lemon yellow, and cerulean blue.

Two Michelin-star chef, Jean-Denis Rieubland, creates cuisine from the products and traditions of Provence. Service is traditionally gastronomic and friendly in style, and the renowned wine cellar contains 15,000 bottles of wine – chosen to accompany whatever foods are being served and to suit everyone’s preference.

A few years ago, I had the luxury of enjoying a Sunday brunch at the Chantecler Restaurant. After a warm welcome at the restaurant entrance, the “maître d’hôtel” graciously escorted me to my table. During the meal, the “serveur” explained each food item and its ingredients – even the origin of the butter was recounted with pride.

Even though the decor and decorum of the restaurant is formal, each diner is made to feel like a special guest, due to the warm welcome, and impeccable and astute service. The meal was served seamlessly and efficiently, over a two and a half-hour time period, allowing diners the time to enjoy and savor the culinary experience. Attention is paid to every detail of the dining event – a production of movement like a choreographed dance. And as everyone who knows me knows, I do love to dance!