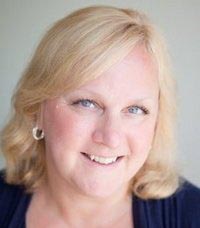 The decision to repatriate was not a simple one, but after months of monitoring and evaluating and considering, it became the default choice. All arrows pointed toward it, bright lights illuminated it, sirens blared around it. You couldn’t miss it for the world.

Despite all the wondering, the second guessing, and the nagging ‘what ifs’, we had come around to what – for our family, at this time, in this set of circumstances – was the only option. We were choosing to return ‘home’.

The hard work didn’t stop there. Far from it. But once made, the decision to return to the US was actually rather freeing. No more contemplating whether; it all become a matter of when and how and what and where.It was as if a floodgate were opened, and all that dammed up water of angst and indecision finally had a place to go.

When we let people know we were leaving the Netherlands and heading back to the US, the responses we got tended to fall into two distinct groups: those asking ‘Do you think you will ever live abroad again?’ and silence from those assuming repatriation was a fait accompli − final, permanent, end of story. Turn in your passport and check your wanderlust at the counter on your way out of the local airport.

Once we’d settled on where we wanted to land, we set about making our home. Even then, or perhaps especially so, whenever asked where we’d come from, our answer elicited the same two types of responses. Interesting enough, we actually received – and still do – more inquiries about when or if we might head overseas again.

The answer is and always has been a bit complicated. We are here, now, for the foreseeable future as our daughter finishes high school, our son finishes college, and we help keep an eye on our one remaining elderly parent. We’re seeing family and making friends, settling in and building a life.

Yet there is another possibility, indeed, perhaps even a likelihood.

This isn’t necessarily the end of our global wandering, but simply a pause – an intermission, if you will – as we help prepare one child for university and the other for life after such. At the same time, we are having the necessary conversations among my siblings and with my mother on what is best for her in the times ahead.

It is all about shepherding: one is very much a launching of our children into the broader world while the other is about assisting a beloved parent into the tricky next, and possibly final, stage. Neither comes with an instruction manual. I’m sure there will be missteps along the way. We must be attentive, flexible, supportive, adaptable.

But there is more, beyond these immediate and pressing concerns.

Life is about change. It’s about new phases, new stages, new adventures. We’re not interested in ‘settling down’, but instead prefer to think of it as ‘settling in while gearing up’ for the next challenges and future opportunities.

We’re widening the search for new adventures, ones broader in scope and magnitude, not simply defined by distance and current borders. To that end, both my husband and I have focused on making career changes allowing us to continue working with, in, for and around the global arena.

Our home is actually becoming a home base, one from which to launch future forays into international travel and living. We’re making adjustments in how we live, on what we spend our time, effort, money and attention. This frees us up to keep alive our dreams of continued cross-cultural exploration.

As the saying goes, we’re ‘putting our money where our mouth is,’ beginning with an extended period of travel, work, learning and growth in Italy in the months ahead. It’s where my adult Third Culture Kid husband grew up, where we return to periodically for reunion and renewal, and where we intend to experience and test new and different things.

So now when I’m asked ‘Would you ever consider living abroad again?’ I have a shorter, more succinct reply: yes, we can’t imagine not doing so in some form or another at some point, and we work toward it in little ways, every day.

We love where we are, we look forward to coming and going and returning again. We tell them we’re expatriates-in-waiting. We’re expatriwaits.