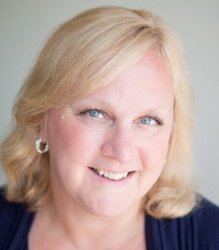 I was seven years old when I first traveled to a foreign country, a short family trip to Canada to visit Niagara Falls. While the roaring falls on the US side were attractive enough, everyone knew the more impressive-looking Horseshoe Falls on the Canadian side were better. The seed of knowledge that you had to go elsewhere to experience the unusual was duly planted.

Crossing the border was perfunctory back then, requiring little in the way of identification. I still remember the thrill of getting in the long line of vehicles inching slowly toward the toll plaza manned by Canadian border agents. My father had only to answer a few short questions before being waved through, but the whole concept of having to seek permission to enter another country was seared into my young brain. Imagine my dismay upon realizing that our surroundings looked roughly the same as the American countryside we’d just left!Growing up in upstate New York for our family generally meant that vacations were either spent renting a summer cottage on a nearby lake or camping (caravanning for many of you) in forested campsites relatively close to home, with the occasional longer trip further afield to visit tourist attractions and beaches in other states.

Yet when I was eight, we went on what I can only describe as my very first full-fledged adventure: flying cross-country to visit an aunt, uncle and cousins I’d never met. Having never flown before, the 2400 mile trip to Seattle, Washington on the West Coast was the stuff of dreams. A slow build-up of anticipation took root as we counted down the days to departure. Back then it took three flights each way, and every moment seemed to reveal some new wonder. My sister and I maintained a highly regimented schedule to ensure that time spent in the coveted window seat was split equitably. The visit itself was a blur of happy activity followed by the excitement of getting to fly the entire way back home.

These two trips only whetted my appetite for travel and seeing new places. I don’t recall precisely when the lure of more exotic international travel truly seeped into my psyche, but I do know how: the weekly arrival of Time magazine with its articles and glossy photographs of faraway lands and distant cultures. I’d turn the pages, reading about places I’d heard of and some that I hadn’t, promising my teenaged self that I’d see the world.

Over the years, I’ve kept that promise to my younger self. University study and a career in international affairs afforded significant chances to travel and experience the new, the different, and the unusual. Meeting and marrying an adult Third Culture Kid also working in the international arena means that I have a soul mate who shares my passion for travel. Unlike me, he grew up going back and forth among countries as his family followed his father’s career; summers included travels to other lands with a grandmother herself smitten with wanderlust.

We’ve raised our children to enjoy setting off on new adventures as well. We happily forego driving a fancy car, scooping up the latest electronic gadget or dining regularly in trendy restaurants, preferring instead to save our money for our collective priority: the next trip, the next port of call.

When the opportunity to move overseas finally presented itself, it didn’t take long to reach a decision. Having seen for themselves the international schools their father attended growing up in Rome and London, our children were willing participants in the latest phase of our global adventure.

Moving to the Netherlands three years ago has changed us all, mainly for the good. Saying goodbye to family, friends and places we love is never easy. There have been times when each of us has had to deal with the feelings of loss, alienation and displacement. There are still moments when we wish we were closer, in the loop, more involved. But we’ve come through with a far greater respect for the challenges and benefits of learning to live in a culture other than your own.

We’ve learned that home isn’t a physical place or four walls, but where you are, who you are with, how you feel.
Perhaps the greatest gift we’ve given ourselves is the appreciation for the cultures we encounter when we travel. For us, the chance to meet people and experience even a tiny part of their daily lives is far more important than checking off a place on some travel wish list. We travel with all of our senses, an open mind, and a willing spirit.
Wanderlust beckons to us, and we answer readily the call.

A writer and American expat living in the Netherlands with her husband and two teens, Linda pens articles on expat life and blogs at Adventures in Expat Land sharing the good, the less good and the just plain odd with a twist. She is also a co-author of the recent bestseller Turning Points: 25 Inspiring Stories from Women Entrepreneurs. You may also follow Linda’s adventures on Twitter @in_expatland.