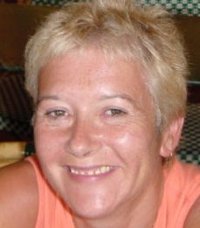 I was chatting to a friend of mine the other day, a fellow Brit, who also lives here in the Dominican Republic, and he was telling me that sometimes the frustrations of living here become too much and he just wants to go back to good old Blighty. It got me thinking as although of course I too sometimes have bad days, with no electricity or water, or it is too hot, the mosquitoes are eating me alive or I long for a mushroom or Sugar Puffs, I never even think of returning to the UK.

I thought about it for a while and I decided it depends on whether or not you think have the choice. He has houses here and there. He travels back to the UK every few months. He is not committed to being here and has options. I have everything here including a husband, step children, cats and dogs and apart from my mother and some friends and relatives I have nothing in the UK. If you have a choice, then I think maybe life here will frustrate you more, whereas if you feel you have no choice then you don’t waste time and effort and negative energy thinking about what might be and what you could do. You just get on with it.Life as an expat certainly has its ups and downs, and for some people the dream of tropical bliss often turns sour.

It isn’t helped by the fact that when you first arrive the excitement of a new environment and the discovery of new things on a daily basis, mean that you are in a constant state of happiness. However, for the majority, over time those very things that you found endearing become annoying, the idea of sitting on a beach all day, once heaven, is replaced with trying to keep out of the heat as much as possible and you forget the reasons you left your home country in the first place.

Many expats I know have left for a variety of reasons. Some due to ill health, as the UK health service is still free and amongst the best in the world, but you can’t just pop back to use it and then return here. You have to prove you have gone back for good. Some leave as the tug of their families becomes too much, especially when grandchildren come onto the scene, and the daily Skype call just isn’t enough.

Many leave as they simply run out of money. The DR has a way of costing far more than you thought it would, and several who had dreams of opening the beach bar or restaurant found out the hard way that it is not that easy, and they can’t afford to live here anymore. This is especially true for those with young children, when they have to pay private school fees as well.
Some leave as they are scared. This country is more violent than the UK, and once you have had a home invasion, possibly armed, many are just too frightened to stay.

I have respect for those who decide to leave. Returning back to the UK cannot be easy. Many people leave houses, hoping they will sell, they have to give their well loved family pets away and many think that they will be returning to the same country they left, some over a decade a go to be disappointed when they return to find it is not the same.

I am not sure when people actually decide it is time to go. For some the decision is made for them as their work contract ends, or their spouse has to move. For some it is due to divorce, or death of a partner. Maybe it is the same process as becoming an expat in the first place, where you think about it on and off for a while and then one day just do it. Perhaps once you allow the possibility to enter your mind it gnaws away at you and then one day you just do it?
I think the easiest thing is not to even let the possibility enter the brain. Put up with the bad, enjoy the good and take each day as it comes.

What do others think?