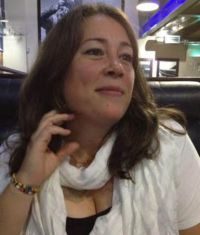 I’m an American living in South Africa, writing this month’s column to you from France, before flying to Africa again with a layover in Addis Ababa. I love travel, but never expected to live in a foreign country, or make stopovers in places like Paris or London, Berlin or Amsterdam, simply because there are as many alternate paths to Africa as there are famous European cities.

We chose Paris, this time, because after a year and a month living in South Africa’s capitol city of Pretoria, the timing of our first visit back from the states coincides with Bastille Day. If we’re going to fly through Europe anyway, why not see the Eiffel Tower with fireworks? It seemed perfectly rational and completely normal.But nothing about our lives is really “normal” any longer, and we realized just how much living in Africa has altered our perspective and our daily intake of life around us. From the moment we stepped off the plane in our native Pittsburgh, we were wrapped in the wet blanket of western Pennsylvania’s summer humidity.

We knew it would be summer back in the northern hemisphere, and were relieved to take a break from an exceptional cold front in southern Africa. I had even thought I looked forward to the humidity. My hair, in only a year, despite bottles and bottles of conditioner, had become the texture of straw. I couldn’t put enough lotion on to fight off the alligator skin, and only a month into our second winter there we were too late in fighting off chapped lips.

But the high, dry climate of Pretoria comes with plenty of sunshine and blue skies, and we are surrounded by a variety of engaging trees and birds. In many housing developments, planted jacarandas bloom purple in the springtime, while native fever trees, with their green-hued bark, make me think of Kipling’s story, The Elephant’s Child. We have learned to recognize invasive Blue Gum Trees, and appreciate the variety of acacia trees. My husband and I both shout “Africa tree!” when we are driving across a brown landscape of scrub and tall grasses and spot this iconic, flat-topped tree in the distance.

Back in Pennsylvania we drive home from the airport in stunned silence. Everything is green. Our favorite hardwoods fill the abundant woods around us. I remember a woman from Nebraska once told me she couldn’t understand how I could live in the eastern part of the United States. She loved her wide open skies and hated our “tree tunnels.” I marvel at how long it’s been since I’ve been wrapped in trees like these: tall; heavy; full.

After a long drive in silence, we start talking in surprise and awe of our surroundings. “There are no fences.” Kurt whispers. We have become so accustomed to homes, farms and estates protected from crime by high concrete walls topped by electric fence that we are caught off guard by the open beauty of houses and suburbs with no security other than simple locks; many of which are left undone, as doors and windows in our rural communities are often open at night for some old-fashioned air-conditioning.

We finally spot fences. They surround fields of grazing horses, cows, donkeys, goats; opposite of the often open-range cows wandering across roads in rural Africa. We realize there are also no people wandering across the roads and highways, another “normal” we have gotten used to around Pretoria. In fact, driving itself had become more intense as we regularly watched for pedestrians, disabled vehicles, slow-moving and poorly lit trucks at night, and those occasional wandering cows. Driving near home was relaxed and quiet. Trucks were well marked, well lit and kept up to speed.

But our idyllic drive is broken when we smell, then see, our first bloated deer, lying dead on the side of the I-70. Often over-populated, the wild deer in America make up the majority of road kill on the highways and smaller roads. It’s rare to grow up in western Pennsylvania without having hit a deer or known someone who did. Kurt and I talk about the lack of wild deer in Africa, and the lack of road-kill in general (except in those rural back roads where a cow tends to be the occasional victim.) We realize we didn’t miss the summertime smell of deer carcass on the way to our Fourth of July picnics.

Mornings we wake to our favorite childhood calls of cardinals, robins, tufted titmice and chickadees. A Carolina wren who has nested in the rhododendron bush sings to us as we cut back the overgrown poison ivy, grape vines and Virginia creeper from our hardwood trees. Hickory nuts clatter down through the branches and smack the porch as we sit swinging on the deck we built just a few years before we began our life of travel.

But when I wake in the morning to start my routine of setting out fruit for the birds I realize I’m in a different world now. While everything around me in this environment of my youth is familiar and comforting, I’m confused by what it lacks. There are no great grey louries, with their crested heads and full-on attack of the morning apple I put out for them. There is no flock of mousebirds who look anything but mousey with their smaller crest and 8-10 inch, flowing tails. There are no crested barbets to call out in what we hear as the most African of all birdsong. Even lovebirds thrive in Pretoria climate, filling my seed feeder with bright yellow, green and blue plumage.

Those sights and sounds have become my “normal” in South Africa. There is comfort in knowing I rarely need to wonder if I should take an umbrella when I leave the house. And more than that, even the daily life of Pretoria has become part of me. Here, in the quiet of the woods, where the screech owls peer in our screen door, wondering who these invasive humans are in their territory, I think about the faces I’m already missing on my daily drives around the city.

Mornings I pass familiar workers on the sidewalk heading to their jobs. Leaving our estate I pass rows of poor and hopeful men and women standing beside the road, one finger raised in query for a day’s work. At the shopping center where I go to write and have a morning coffee, I have made friends with many workers at the shops and in the parking lots. I miss being called “Mama”, the way Africans greet a woman who is older. And I miss calling another woman “Mama” as well, in all its endearing tones. It’s confusing to not see my friends every day, lonely even. And this, too, is strange as I’m a woman who loves our solitary life in the woods.

I say “When we get back home” more than once when we’re visiting friends and family and I realize that Africa is no longer just a place we live, but is also our home; different from the home of rural American life but no less important to who we are and how we’ve adapted to that new normal.

And we talk with our families and friends of stopping in Paris on the way back “home” and realize how completely abnormal our lives have become, and how strange it is that stopping in a European city when returning to Africa is just what you do, because you can, because your life now, your home now, becomes wherever you are and whoever gains entry into your world of influence. Your new normal is both comforting and strange, and you know you wouldn’t change it if you could.