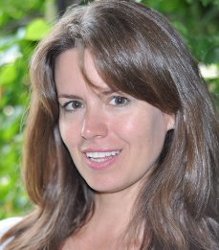 Some expats like to completely blend in and not draw attention to their differences and I have been one of those expats. However, I have learned to make the most of my American background, because I enjoy how it makes me unique amongst my friends, and sometimes I don’t want to share the uniqueness!

There is a comedy sketch show in the UK called Little Britain. Two comedians have constructed a series of sketches making fun of aspects of the British people. In many cases, the themes are not exclusive to Britain—in other words, you’ll get it even if you aren’t British.

One sketch is The Only Gay in the Village, in which a gay man, Daffyd, flaunts his homosexuality by wearing outlandish outfits and making bold statements about his lifestyle. The villagers are completely indifferent, which causes Daffyd to react with further attempts at provocation. He is also outraged when ‘other gays trespass on his patch,’ clearly relishing the self-imposed title of The Only Gay in the Village.While living in London I had to get used to the occasional ripping apart of some aspect of American life by pop opinion writers, stand up comedians and people at dinner parties. This was all part of the skin thickening process for an expat. Here’s one thing I learned about that: The British aren’t targeting American’s specifically, they do this to everyone, even themselves. I accepted this aspect of the British sense of humour, and I didn’t stop being proud of my American background, but I was certainly a lot quieter whilst living in London. Who would want to draw attention to themselves in that environment?

After seven years of that I moved to Essex where everyone is nice and friendly and loved talking to me about the States. The woman on checkout at the local grocery store enjoyed telling me about her favourite holiday to Yellowstone, or the car mechanic spent 20 minutes, tools in hand, describing in great detail about when he did a fly drive around California. Postmen stopped to chat about the different states of origin on my parcels. Farmers paused to say ‘that doesn’t sound like a local accent!’ which launched a conversation about where I grew up. When friends of my children find out I’m American they say ‘oh cool!’

I eventually got used to being special and interesting in a positive way. I realized that London is very different to the rest of Britain and that in Essex at least people are generally very friendly and curious towards American expats.

I started exploring my Americanness a bit more; coming out of the shell I had built around myself in London. I hosted fun Halloween parties. I made a campfire pit in the garden complete with a circle of logs and taught the kids how to toast marshmallows. I introduced our friends to good, home made Tex Mex food. I brought my antique 48 star flag out of storage and put it on display. When at dinner parties or meeting new neighbours I became used to the genuine interest in conversation about my homeland: ‘Oh, where are you from? My brother works in Minneapolis and I once had a holiday in New York.’ I became accustomed to using my American background as my unique selling point.

But every now and then I will meet with a friend for coffee and someone will say, ‘there’s a new American mum at school,’ or I will be chatting with a neighbor down the lane and hear, ‘have you met the new American lady yet? I saw her walking her dog yesterday.’ And I feel a bit funny inside. Part of me wonders what they’re like, which part of the States they’re from and if they love living in Britain as much as I do. That same part of me wants to go meet them and say ‘hi, hope you’re settling in well and if you ever want to talk culture shock, I’m pretty good with that’.

One time I did that to a new mum—mom at school and the New American Lady seemed distinctly unimpressed with being outed. She had just moved to the area from New York, via London. Probably she had learned to just keep her head down and all would be easier. And I understood, as that is certainly one approach to expat life. Or was she like me, wanting to remain the only American in her circle?

But as I said, I had learned how to make the most of being American in my part of Essex and I felt pretty cool because of it. So although at times I am eager to go make friends, at other times I would rather keep things as they are, with me as the only American in the village. Even though I don’t want to be as provocatively controversial as Daffyd is trying to be, I can relate to his situation—he wants to draw attention to his unique selling point, but he doesn’t want to share it. And I suspect other expats, like the New American Lady at the school, feel the same.