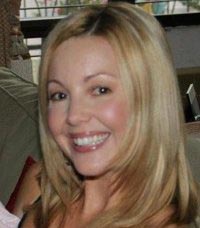 I was at the mighty Mongkok Ladies Markets this week or as the locals call it “Wong Gog” – meaning ‘prosperous and crowded corner.’

Crowded is probably a slight understatement, given the Guinness World Records has named it the busiest district in the world….Yes! Just the planet!

Prosperous – most definitely not an understatement – with a brilliantly bedazzling array of colorful markets, shops and food stalls all competing for the shopping enthusiasts attention, it’s a sure bet there’s no shortage of money changing hands on this corner.

There are approximately 130,000 people squeezed like sardines into each and every square kilometer, making it one of the liveliest and most authentic places in Hong Kong.Authentic in the sense that it showcases all the hallmarks of the city’s traditional Chinese culture – the same can’t be said for the myriad of Chinese wares brazenly on display.

It’s no secret, Hong Kong is flooded with fakes or ‘copies’ as they like to call them. From handbags to teabags, everything is produced in China, shipped over the border and sold at rock-bottom prices.
And who am I to complain!

While I’m not one to shy away from a sneaky bargain, you can appreciate I tend to avoid entering what can only be described as a teeming mass of madness – that is, of course, without good reason.
Visitors!

A perfectly good reason…and fortunately they come to Hong Kong on a regular basis.

Then and only then, is it deemed safe to enter the lion’s den, which I admit, I do so with relish! This, my friends, is a serious shopping excursion not to be messed with.

At this time of year, when it’s 99 per cent humidity and beads of sweat drip in places you’d rather they didn’t, mustering up your bargaining strength is paramount before the big battle. Then, cash tightly in hand, ready to bump body parts with strangers and jostle for pole position amongst the ruckus, I hightail it to the famous hotspot, my holiday makers in tow…

When you’re an expat – in a desired shopping location like Honkers, you need to learn the ropes quickly, sort the wheat from the chaff when it comes to what to buy and where to buy it.

Mongkok is no exception, from its ‘sneaker’ street to the flourishing flower markets, prized jade stalls and the exotic Goldfish Markets all sandwiched between a plethora of ‘Dai Pay Dongs’ (street food stalls) – almost nothing is out of the question.

Getting a dose of retail therapy here though is not for the faint hearted, the easily swayed or the easily fooled. These vendors are veterans – amongst the toughest in the city at the ready to fleece many a naive tourist.

Seasoned hagglers warn – you’ll end up paying four times the price and potentially own something you really didn’t want in the first place (not looking at anyone in particular – dad). The rule of thumb is to go down to a quarter of the cost and if need be, double it so you end up paying fifty per cent.

Crammed with everything from Beat Box headphones to iPhone covers, kids plastic toys to Cinderella backpacks… and of course if you’re after something a little more stylish to carry your stash in, copy designer handbags and purses in every color are jam-packed in amongst the throng of goods, Armani and Diesal jeans, exact replicas of the real thing are sold for a tenth of the price.

But while imitation is the sincerest form of flattery reports are these copies that are costing us peanuts are costing fashion houses billions.

It’s a burgeoning underworld of counterfeit goods, with most coming from China.

While the Chinese government is trying to crack down on the alarming rise in fake products, it says it’s up to the brands to police their own sectors.

Word on the street is some big name labels will actually produce the replicas themselves or at least supply the fabric or materials to manufacturers in order to have some control over their brand on the “grey market.”

In China, copy goods are graded on a scale with those of A-Grade standard almost impossible to distinguish from the genuine thing.

British leather goods brand Mulberry recently decided to cease selling its products in many Italian stores due to the fact its expensive handbags were ending up on China’s grey market.But it’s no longer the seemingly innocuous items like knock-off designer handbags and watches up for grabs, more and more dangerous goods are joining the counterfeit craze. China is rocked by continual scandals – more recently fake medicine and toxic toys…. and let’s not forget the tainted milk controversy that has long plagued the country, or the fake chicken eggs and rice made from plastic turning up on dinner plates.

Fake Apple stores are popping up across the country and shops are opening that look identical to the real thing only with their titles misspelt like Sunbucks, Lgg Jeans and Nkie shoes.

Just across the border from Hong Kong, the town of Shenzhen, China has become a haven for cheap knockoffs. Reports are that most of the Yamaha motorbikes are not made by Yamaha. One-fourth of the Duracell and Energizer batteries are bogus and even reliable peanut butter can be of dubious quality.

Chinese police recently destroyed around $40US million of counterfeit designer goods in a lavish publicity stunt to show the world they’re cracking down on illegal trade. Fake wine, cigarettes, handbags and cosmetics were all thrown on a fire in southwest China.

But it’s becoming a global epidemic with officials reluctant to shut down the industry completely, for fear of culling millions of desperately needed jobs.

Economists are worried there will be a point of no return – when there’s absolutely no way to distinguish the difference between authentic and counterfeit. The counterfeit products will overtake the genuine products based purely on price point.

Part of the success in producing the goods is China’s decentralized manufacturing model. The sheer size of the industry is far larger than other scourges of the underworld economy, such as weapons smuggling and human trafficking, it even rivals the international trade in illegal drugs.

As a tourist or even a local in Hong Kong, haggling for a cheeky bargain is largely fun and games, but across the border there’s a copycat culture which knows no bounds. It’s not just about Prada handbags anymore, everything from honey to vitamins, meat, eggs and alcohol are up for imitation.

Her expat journey to date has been filled with plenty of intriguing and humorous tales. Check out her blog Mint Mocha Musings and on Twitter @nicoledwebb