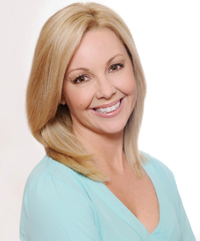 Those dam butterflies in my stomach… they’re persistent buggers!

I try to catch my breath, inhaling, deeply… as our car crawls slowly in and out of lanes, jammed with thick Saturday evening traffic.

We are late. Naively forgetting about the headache of weekend traffic in China, we’ve severely underestimated how long it will take to get to our destination, normally a 20 minute drive across town.

This was going to make it harder to arrive ‘inconspicuously’ let alone the nagging fact, the small, subtle bunch of flowers we’d ordered for the birthday girl was China-sized, China-decorated. This means big and garish. Even less opportunity to slide in, in low key style. I breathe.Realistically, you can go years without meeting new people. If you want to.

Sometimes, in all honesty, you just don’t want the hassle of meeting new people. Who wants to put themselves out there. What? I have to reveal to someone that I’m actually a wine quaffing, cat-loving, former trashy magazine obsessive turned pinterest-nerd?!

Sometimes you just can’t find new people to meet… like anywhere. Even in the supermarket! (I’ve tried!) For the love of God, where were all those single men that year I was on the loose (back in the day)! They were actually so few and far between, I had to put myself completely out of my happy, controlled comfort zone to meet my husband. Yes! A blind date! It doesn’t really get more vulnerable than that. I was in my own city, but between us we managed to find a meeting place in a random pub in a random suburb I was completely unfamiliar with (just to add to the already frayed nerves).

In hindsight it was probably good practice (no, not for future romantic interludes) but when you move, be it towns, cities, states or overseas; rocking up to coffee/drinks with total strangers is par for the course!

It’s like the first day of school. Manic thoughts race through your mind, will I connect with anyone, will they like me, will I be funny enough, too loud, too silly, too uninformed…too well dressed, too under dressed, too over dressed… don’t drink too fast, is it best not to drink at all! (Ok, so school didn’t have the added pressure of knowing when the right time is to pull out the chardy, but you get my drift).

My first foray into this nerve-racking, anxiety-fueled process (after the said blind date) was moving to Hong Kong. I can still remember the trepidation the first time, at 25 weeks pregnant, newly discharged into a foreign land, I waddled into an unknown street, searching for an unfamiliar restaurant, filled with unfamiliar people.

A clammy, anxious mess, I nervously braced myself as the maitre de approached me….”just over there,” he said, looking amusingly at my large belly – you’ll fit right in with with those other protruding bellies at that table. And there they are, a table full of strangers with nothing in common but stretchy elastic-waisted pants and a different passport… but through stilted conversations, nervous laughs, over exaggerated gasps, we tentatively unraveled our masks.

From there on in, you know the hard part is done. From now on the road’s bound to be smoother, the next gathering not quite so rigid, guards let down, secrets revealed… friendships formed. Thankfully, it’s this hindsight that gives you the strength to do it again and again…and again… until it almost becomes second nature.

As an expat you find yourself agreeing to meet with people you’ve met on Facebook or someone who’s read your blog… or happens to be, whoa, Australian!!! Yep that right there, that’s grounds for a solid friendship right off the old cricket bat. What you’re a woman, you’ve got a child, you like wine. Say no more!! Pull up a chair!

So as we ventured across town a few months ago, just three months in to our new life in this foreign land of 8 million… I silently chanted the mantra, ‘You can do this, you’ve done it before… no sweat!”

Knock at the door… take a breath… and enter (almost happy the garish flowers are so big, I can hide awkwardly behind them)!

I could feel all eyes on us. You know, naturally people will make assumptions straight away, based on appearance, first conversations, actions… it’s human nature, I’m guilty of doing it myself.

You inhale and plough on through the pleasantries, the polite interest, obvious discomfort – knowing all it takes, is time.

A month later, another gathering and you are whizzing through the traffic without a trace of ‘blind date’ tension.

The hardest hurdle has been jumped.

I look around the room, more familiar now… so many different nationalities in one spot. Irish, American, Australian, English, Chinese, Dutch, Canadian, French; it’s a melting pot of personalities all splashed with an expat brush … Stories of uprooting are familiar… recognizable fears are revealed, well played out passions about living on foreign soil published.

Suddenly, it’s not so bad… here, in this crazy, vastly different pocket of the planet, I think, we’ve found a tribe.

A reminder, no matter where you are, there are always people who’ve walked in your shoes… some a little further, some a little heavier…

A message pings on my phone… it’s someone who’s spotted me on Facebook… she’s new in town and looking for a good hairdresser. I know instantly we’ll be firm friends. We plan to meet for coffee.

Another blind date…. another deep breath. It’s not the first and it won’t be the last.