On April 1 French children stick a paper fish – a Poisson d’Avril – on the back of an unsuspecting victim as a prank. No KICK ME ? How tame can you get? Dennis the Menace could teach them a thing or two.

Why the fish? Always glad of an excuse for a little research, I googled Poisson d’Avril for likely origins. One suggestion is that in 1564 King Charles IX decreed that the year would start on 1 January instead of 1 April. That’s all very well, but April Fool’s Day is celebrated in many other countries.Last year, for example, a German newspaper announced that Chancellor Angela Merkel had decreed that Germany would become a monarchy. A long article in Le Figaro explored various possible origins. None of them was very convincing.

Here is my favourite April Fool spoof. In 1986 Le Parisien announced that following an agreement between the Ile-de-France region and Walt Disney Productions, the Eiffel Tower would be dismantled and moved to Disneyland at Marne laVallée. I would have thought that the Disney billions could run to a replica complete with a movie theatre and Disney characters manning the lifts. 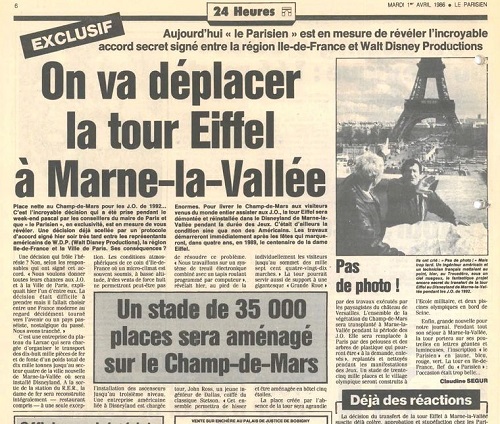 April 1 2019 has a special significance for our local community. As my readers are already well aware, recycling is almost a religion here, with free compost for true believers and humiliation for non-conformists.

Digression: I kid you not. Every household is issued with pink sacks for non-recyclable waste. Get something wrong – do the éboueurs ferret through each sack for evidence of infringement? – and your sack is left on your doorstep with a label announcing same.

On March 15 we were summoned to a meeting in Cervon village hall at 6 30 pm to learn about the latest developments. On 1 April the benne at the centre de tri next to the cemetery, where we dumped our empty cans, milk cartons and plastic bottles, would cease to exist. Instead every household would be issued with yellow plastic sacks which would be collected from outside the house.

At the meeting two female officials, described as ambassadrices de tri – recycling ambassadors: should they be addressed as Your Excellency? – delivered a long lecture while brandishing rolls of yellow sacks. Pedagogically they were pants. Our Mayor, whose day job is teaching, would have started with ‘This is a yellow sack’ and had us all riveted. It wasn’t until we were invited to ask questions that I had the opportunity to ask to see a yellow sack. Their Excellencies were reluctant to open a roll, saying ‘Each sack holds 50 litres’, but I was not to be fobbed off. How robust were the sacks? (reasonably), what was the fastening like? (drawstring), and most of all, how many were there in each roll? (26 – 6 months’ supply).

It is perhaps significant that this was the first local get-together in our 13 years’ residence which did not offer refreshments and socialising. John and I queued for rolls of yellow sacks for Maré and Charity Cottage, together with an illustrated booklet and a calendar showing collection dates, printed in pink for pink sacks, yellow for yellow sacks, green for biodegradables, and blue for public holidays.

What’s more, the ambassadors will accompany the éboueurs on their rounds to instruct and advise householders. Late on Thursday evening we place our refuse sacks and the big brown bin (into which the kitchen squirrel bin is emptied) at our gate, ready for collection on Friday. Will Her Excellency ring the gate bell to summon me? Watch this space.

It has been a long, quiet winter for Charity Cottage, but our friends from the rally crowd have booked for April 6 and 7. There will be about 10 this year, and as usual they will bring their own sleeping bags and towels. A few will take over the guest suite in the main house, but everyone will eat in the cottage on Saturday evening and Sunday morning. I provide the grub and they donate 10 euros a head to Combat Stress. Our favourite family of radio amateurs would like to come again over the Easter hols, but are hesitating because of uncertainties about Brexit. 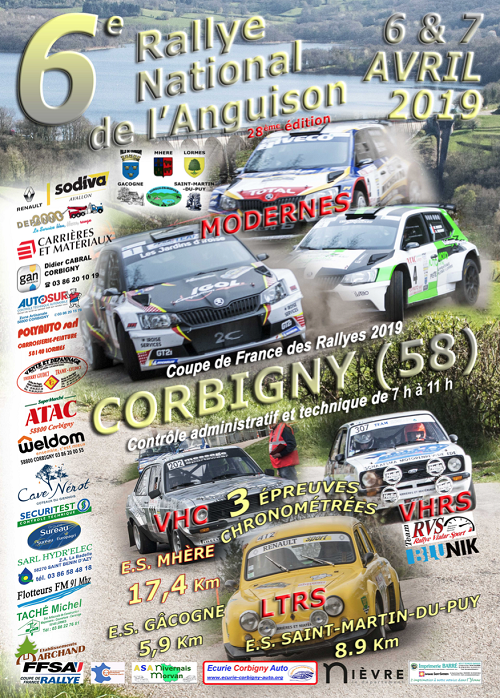