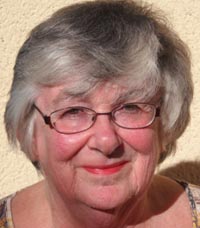 La Grippe is an unassuming village on the road to Nevers. It bears an unfortunate name, la grippe being the French word for influenza, flu or the Dreaded Lurgy.

John and I have to drive through La Grippe on the way to Nevers, the capital of our département and the seat of petty bureaucracy at its most pernicious. Exchanging a British driving licence for a French one is a doddle elsewhere, but the bureaucrats at Nevers have their own perverse way of doing things, as readers of my column will be well aware.Frustratingly, a web search yielded no references to La Grippe village. There is, however, an Impasse de la Grippe in Nevers itself. Une impasse is a dead end, blind alley or, in negotiations, a stalemate. I wonder what effect the name has on real estate values there.

We have added La Grippe to our list of unfortunate place names. We cherish the village of Ugley in Essex and Loose in Kent, where the Women’s Institute figures on line.

La grippe (lower case) is another matter entirely. Type la grippe in your search box and you will find a wealth of information in both French and English. There are websites which guide you through a process of self-diagnosis. www.rightdiagnosis.com says, “Have a symptom? See what questions a doctor would ask.” Symptoms of la grippe usually include a high fever. If your temperature is only slightly above normal, chances are you are suffering from a common cold.

There are a great many videos about la grippe online. You can see and hear La Grippe performed by Squirrel Nut Zipper, and watch colourful videos showing how the virus is transmitted. If you are feeling at all seedy, some of these offerings will make you take to your bed.

Ever since we arrived in the Morvan in 2005 John and I have received an annual invitation to sign up for injections to ward off la grippe saisonnière. These are offered to people considered to be at risk, notably pregnant women, people in poor health and the elderly. Viruses are nothing if not adaptable, and every year there seems to be a new, more (dare I say) virulent version.

Well, in mid-February John and I both came down with la grippe, or maybe only heavy colds: we felt too lousy to take temperatures or tick checklists of symptoms. We were both in WOG (Wrath of God) mode, coughing, sniffling and shivering and thoroughly wretched. I had had just two colds in almost 10 years in the Morvan, and I had forgotten what it felt like to be ill…

While we were at our lowest ebb, we each received a letter from the Pensions Service in Blighty. They said,

‘Because you live outside the United Kingdom (UK) and receive a UK State Pension you must now send us proof that we should still be paying you. You must fill in and return the Life Certificate sent with this form. It must be witnessed…’

A Life Certificate? We had birth certificates and a marriage certificate, but proof of continued existence was a new one on us. The witness had to be ‘a professional person or a person of good standing in the community.’ Our local mayor was the ideal candidate. Not only did he know us well, he had access to a splendid official stamp to lend gravitas to our Life Certificates. As soon as he had declared officially that we were still in the land of the living, John and I began to feel better.

Together with husband John, Rosemary Border Rabson emigrated to the Morvan in rural Burgundy in 2005, where few other Brits have ventured. Rosy's chief preoccupation is Charity Cottage, a holiday home-from-home in their garden at Maré le Bas. Rosy runs Charity Cottage in aid of Combat Stress. The cottage has its own website, www.charity-cottage.org.uk , which has links to Combat Stress. The British Corner Shop – purveyor of British favourites to expats – supplies a taste of home. The Rabsons are taking bookings for 2015.