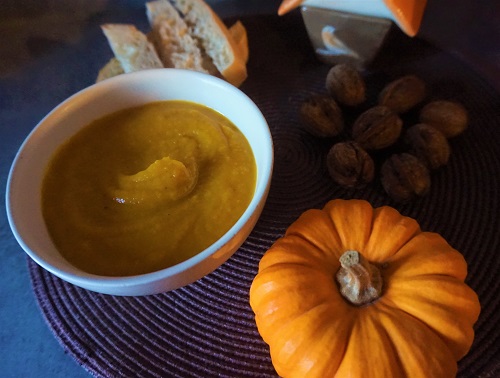 I am typing this on 28 October. The clocks went back last night and everyone is preparing for a long weekend of socialising. I’ve said it before and I’ll say it again: Hallowe’en has not caught on here despite the best efforts of the local supermarkets. Pumpkins are on sale, but nobody carves lanterns. Here pumpkins are for cooking, especially soup.Chestnuts are in season too – as I type a Fête des Châtaignes is in full swing at Quarré les Tombes. Before potatoes arrived from the New World chestnuts were a staple food in the Morvan, rather than something to munch after a good meal. Here is my annotated version of a recipe for pumpkin soup with chestnuts.

• 800g of chopped pumpkin (in an ideal world I’d keep the rind to carve a lantern just for fun)
• 5 chopped onions
• 200g of lardons (diced bacon: you could snip up some streaky bacon with scissors)
• Cooked chestnuts – use a tin or a vacuum pack to avoid the tedious peeling
• Cream
• Butter for frying

• In a big pan lightly fry the onions in butter.
• Add the chopped pumpkin. Stir together, then add water, cover and simmer until the pumpkin is soft.
• Meanwhile fry the lardons in their own fat and chop the cooked chestnuts.
• Liquidise the soup, add the lardons and chestnuts, give another brief whizz and season well. Lardons are salty, so taste before you sprinkle.
• Stir in a little cream.

And now for the socialising. La Toussaint, All Saints’ Day, is a public holiday here and families travel long distances to place flowers on the graves of their loved ones. La Toussaint 2018 falls on a Thursday. Typically people like to faire le pont – my online Harraps translates as ‘take the intervening work day or days off’. So they take Friday off to get a long weekend with their families.

The traditional floral tribute is the chrysanthemum. I am fond of chrysanthemums, which I chose for my bridal bouquet in December 1972. I have been known to rescue discarded chrysanthemums from the compost heap outside the graveyard and nurse them back to health. 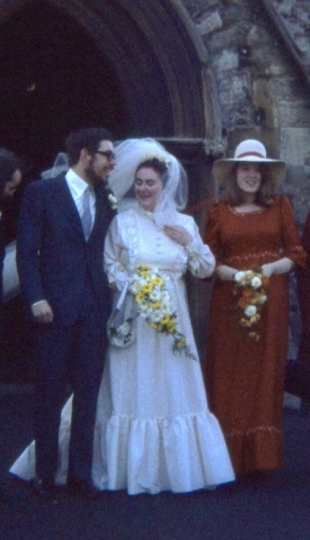 Remember, remember
The Fifth of November…

Not here, alas. Fireworks are for Juillet Quatorze and bonfires are banned all year round. Our acre of ground produces a lot of dead branches and leaves. By order of the Mairie, who receive their instructions from central government, we have to cart our green rubbish to the déchetterie , or burn it a little at a time in our tiny incinerator.

When a friend of ours lit a bonfire recently, a nosy neighbour called the gendarmes, who read him the Riot Act. Well, the Rabsons are on good terms with their neighbours. What if we invited everyone to a proper Bonfire Night? No way would we burn poor Guido Fawkes in effigy. He and his buddies tried and failed to blow up Parliament and we celebrate their gallant attempt. There would be Plot Toffee.

Digression: Southerners may be unfamiliar with Plot Toffee, also known in Scotland as Claggum. Here is a recipe.

There would be hot chestnuts and potatoes, proper sausages from the English butcher at Epinac – boucherieanglaise@hotmail.com – and ‘tame’ fireworks like sparklers and Golden Rain.

2018 marks the centenary of the Armistice, 11 November 1918. We would be missed if we did not show up along with the schoolchildren, the Mayor, the old comrades with their flags, and Babette selling bleuets . Bleuets? Brits have poppies, the French have cornflowers – see the picture below. Cervon is hosting a special exhibition of les poilus de Cervon after the ceremony and the obligatory vin d’honneur. There is a special meal in the Salle des Fêtes (book early to avoid disappointment). 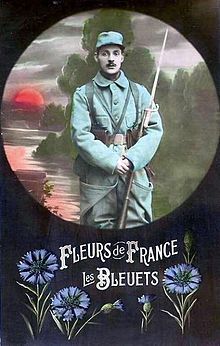 Digression: Poilu means hairy, with macho overtones. I did some surfing and found this article. https://encyclopedia.1914-1918-online.net/article/le_poilu
Interestingly, British Tommies were well groomed in comparison. Read, enjoy and be grateful.