Twelfth Night – time for John and me to take down the Christmas decorations. Not so our friend Christopher in California. His Christmas tree will remain on display until the spring.

In his Christmas greeting he says:

“Instead of pulling out the artificial Christmas tree from the basement and erecting it in the living room – which we haven’t done for several years – Hadda decided to put it outside and decorate it with seeds, slices of apple and toasted bread in the shape of candy canes.” 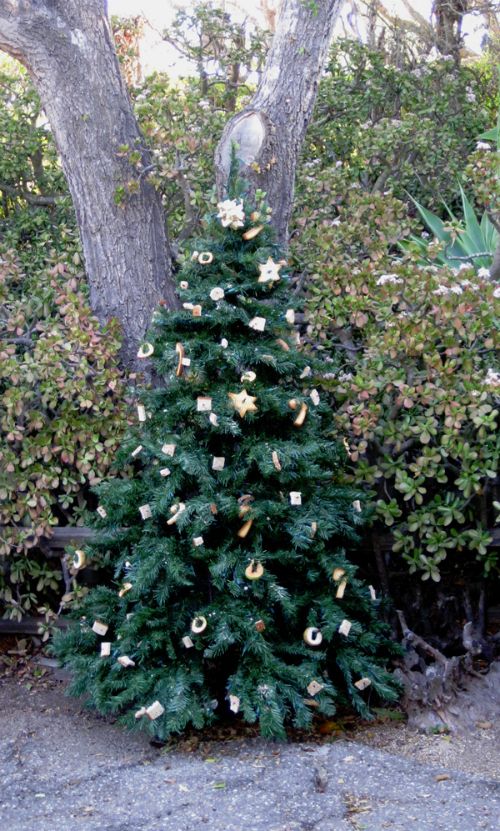 “It was intended mostly for the birds; not surprisingly, however, it’s the rabbits, squirrels and chipmunks who polish off most of the decorations – which have to be replenished every morning.”

I am sharing Christopher’s picture with our readers in the hope that this delightful idea will catch on.

What a creative way of using up your leftover bread! I was born in 1943 and using up leftovers of all kinds is second nature. My grandmother taught me to rusk bread in the oven before bashing it into breadcrumbs for frying. I still do this, as ‘bought’ breadcrumbs always look suspiciously colourful.

Well, what goes around comes around, and it seems that leftovers have become trendy. Hugo Fearnley-Whittingstall of River Cottage fame has written a book called Love Your Leftovers.

My grandmother could have taught him a thing or two.

Another kind of leftover is the stuff that for some reason hasn’t sold and is offered at greatly reduced prices. An online outfit called Excédence emails me almost daily with special offers. Fifty, sixty, even ninety per cent off the original price! This morning I was invited to view this site.

Sometimes you can see immediately why an item has failed to sell. Who actually needs an egg separator, however drastically marked down? 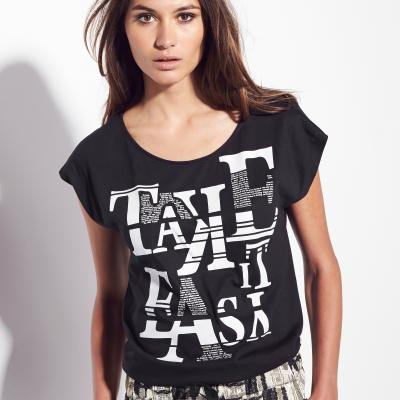 How about a t-shirt for 1 euro 49, reduced from 9.99? Sadly, all the medium and large sizes have sold out. Only a stick insect could get into what’s left. 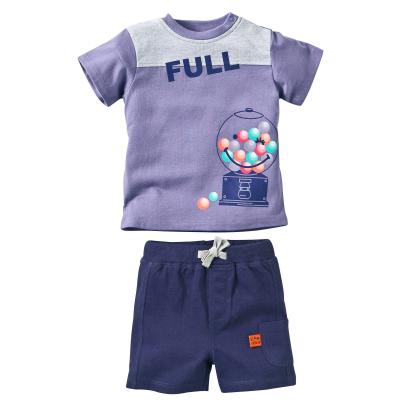 Call me old-fashioned, but this outfit is captioned Naissance (newborn). A steal at 2 euros 99, reduced from 14.99, but who would choose this outfit for their 7 pound bundle of joy?

Well, I have finished my thank you letters and updated my Christmas card list, both snail mail and email. I’ve said it before and I’ll say it again: Christmas cards are like popcorn. You put some maize in a sturdy saucepan with a little oil, turn the heat up and clamp the lid firmly down. Shake the pan and wait for the explosions. Soon you hear a few timid little pops, followed by several more, then a positive fusillade of machine-gun fire which gradually dies down until you hear the last pop, and finally silence. You turn off the heat, lift the lid and wow! Your pan is full of popcorn. You turn it out into a bowl and debate whether to add butter and salt, or sugar.

Some friends get in touch with us only at Christmas. Their cards arrive every year, often with a newsy letter. When nothing arrives, we become anxious. It is courteous and kind, when someone dies, goes into a nursing home or is otherwise unable to maintain contact, to go through the person’s address book and pass on the sad news. There is so much to do in such circumstances that this chore is easily overlooked. …If you have had a death or other major upheaval in your family, could you please find time to go through that address book?

Epiphany – the visit of the Three Wise Men – is the time for Galette des Rois, the puff pastry cake with an almond paste filling called frangipane. 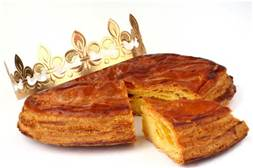 The recipe is here.

Galettes des Rois are in the shops from mid December until mid January. Each comes with a paper crown, and concealed inside is a fève, literally a fava bean but nowadays a tiny porcelain favour. Whoever gets the slice of galette with the fève is the king or queen. 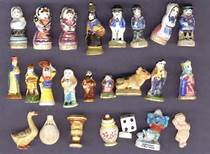 Fèves range from Disney characters by way of vintage cars to the Holy Family. Some are very collectable. They certainly beat the sixpences in the Christmas puddings of my childhood.