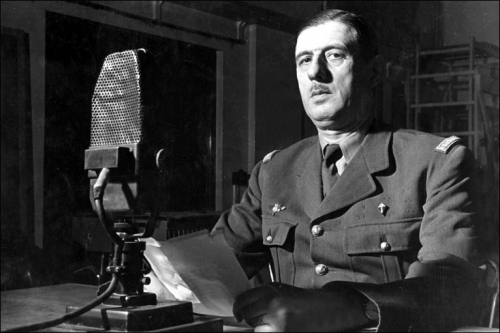 How do you take a scrupulously honest and fully documented insurance claim for 2000 euros, and pay out 599 euros? No problem if you are the weasels we inherited when we arrived here in 2005. They lied, they prevaricated, they lost the papers, and all the time they promised their best attention at all times.I wrote about them in my April piece.

Shortly after the weasels paid up, we had a second sinistre. A water heater exploded and flooded the basement, destroying much of John’s IT hardware. We have just received the 599 euros and they have lost a client.

As I type there is a fuel shortage, a pénurie de carburant, caused by strikers blockading refineries. They are demonstrating (the French say manifester) against proposed new labour laws, which seem eminently reasonable to me but which the big unions resent most bitterly. You can see a Sky News video and article here.

There aren’t many violent clashes in the Morvan, but as I type petrol stations are limiting the amount of fuel per customer. Our local newspaper, Le Journal du Centre, helpfully lists the service stations where rationing is in force. 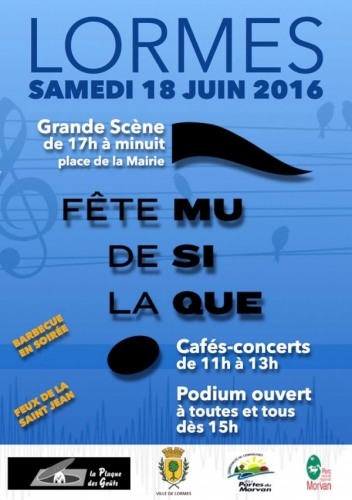 Bless the Office de Tourisme in Lormes for organising a happening on my birthday, June 18, a date which means different things to different people. In France few celebrate the anniversary of the Battle of Waterloo (1815). Here June 18 is the anniversary of Charles de Gaulle’s rallying call to the nation. The BBC did not record the broadcast first time around; it was repeated on June 22 1940, but the magic date is still June 18.
De Gaulle is no hero of mine. I translated a book, That Drug Danger, for a friend of a friend who had been given it by the author, Sir James Hutchison, a British army officer who was parachuted into the Morvan to help the local Résistance. Here is what Sir James says about De Gaulle.

On the way back to my home it seemed worthwhile, I thought, to see General de Gaulle, whose indomitable rallying cry for all Frenchmen to join him was echoing round the world. Conceivably he might have some use for me, a pro-French enthusiast.

He received me in his temporary headquarters, a barely furnished room near the House of Commons, where he sat in an upright chair behind a bare trestle table. He looked at me coldly and directly as I told him who I was and what I had been doing, and when I asked whether I could be of any help. There was no vestige of a smile or hint of welcome and my words seemed to taper off feebly. When I had finished he merely said he would note it.
Whether he intended to be so aloof and was already building up resentment against the country which had sheltered him, whether it was his way or whether it was the resuit of his anxieties, the short meeting had the mental temperature of a frigidaire. I came to the conclusion that I would hear nothing more from him and in this I was right. It was ironic that two years later I became exclusively concerned with getting what he needed for his parachutists and his secret army. But although I laboured day in, day out, in his interests, I never met him again.

Well, I beavered away bénévolement and found numerous local connections for the friend of the friend, who spoke no English. John scanned the entire work, which was published in 1977 by Standard Press in Montrose. Amazon has a copy at £249. There is material here that is missing at the Maison du Parc at Saint-Brisson, which has a Résistance museum. At the time I did the translation I offered to share it. No one took me up on it. Perhaps they have as much Résistance material as they can handle, or maybe the idea of a Scottish baronet masterminding Résistance activities offends them.They never got back to me. Well, it was a Frenchman who invented chauvinism, after all.

In my Expat Focus effusions I have said some unkind things about French bureaucracy. So much for the brickbats: now for a bouquet. A few days ago we were on our way home from Nevers when John stopped at a road junction. There was a loud thump – another car had run into us from behind. We got out and exchanged details; Monsieur was apologetic – his fault, he would fix. And now for the bouquet. French law requires the two drivers jointly to fill in a form, a Constat Amiable describing the circumstances of the accident. Amiable in this sense is amicable in the sense of settling something out of court. And so the two drivers sat at our dining room table and filled in the form together. John scanned and printed it to send to the two insurance companies. I was in my study roughing out this article as the two drivers conferred. Can you imagine that happening in the UK?