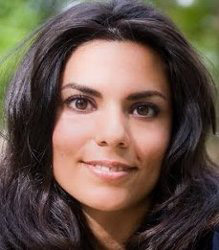 Coming from Texas, we don’t honk our horns unless we’re telling you to get out of the way or worse. Moving to Panama and driving anywhere, through tiny towns or the big city, we would get honked at. For a long time our blood pressure would go through the roof. The hubs and I would look like screaming teapots left unattended on a stove if someone honked their horn behind us. We couldn’t figure out for the life of us what we were doing wrong. Honestly, how can someone honk their horn at you while sitting at a stoplight? It was difficult for us to enjoy exploring the country when we felt berated by the locals behind the wheels of their own cars.It wasn’t until months later when I started taking taxis around town if the hubs had the truck and I wanted to get out of the house that I saw my cabbies just honking their horns. I wouldn’t see other cars encroaching on their lane, someone driving too slow in front of them, nothing. One time when my taxi driver and I were the first vehicle sitting at a stoplight, he honked. There wasn’t anyone in front of us. I just had to ask…what the heck is all the honking about?

His answer…I don’t know. I just honk. For the rest of the ride I sounded like an inquisitive five year old. Every time he would honk, I had to ask why he did it. The various reasons? That girl was pretty. I know that guy. I got my tire fixed there once. That’s my favorite bar. Multiply this by the million cars on the road in Panama and it begins to sound like the soundtrack to hell, especially when sitting in the hours long rush hours here.

With the amount of drivers growing faster than the roads being able to accommodate them in Panama City, rush hour typically lasts about four to five hours in the mornings and evenings. Downtown streets and the main arteries in and out of the city will be clogged with brake lights as far as the eye can see. If you have appointments or errands to run during the week, schedule them sometime between 10am and 2pm otherwise you’ll find yourself running out of detour options on your GPS.

Stuck in traffic? No worries. There are usually entertaining street performers you can watch and street vendors walking through the lines of cars selling everything from sunglasses to fresh squeezed sugar cane juice.

As you make your way out of the city and head towards the interior, traffic is a distant memory. Unless there’s an accident blocking the road, the only thing you’ll ever have to slow down for are changing speed limits or a bite to eat. The horns will still be heard through the tiny towns, although few and far between, and you can enjoy the mountains dotted with palm trees. Make sure you don’t speed while those beautiful mountains distract you. In recent months, Panamanian police officers have gotten new handy dandy radar guns to clock just how fast you’re going.

All in all, driving in Panama isn’t that different than driving back home in the states. The only major difference, aside from the honking horns, is that everyone thinks they have the right of way while driving. Defensive driving and being completely aware of your surroundings are crucial to keep from getting into an accident. Even though you might not use your horn to honk at the pretty girl crossing the street, you’ll definitely find yourself using it quite a bit to keep other drivers in check around you while on the road.

After all these months the hubs and I spent thinking that we needed Prozac just to run our errands, it’s nice to know that all the while we were probably never even honked at. Behind the wheel, that’s definitely the preferred method of communication in Panama. I’m not sure I’ll ever understand this. We have to remind ourselves constantly that the culture is different in our new home and to just go with the flow, although we do find our blood pressure still peaking at times.