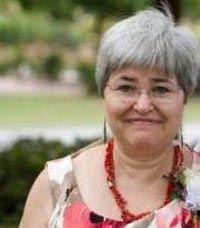 “Repatriation is a bitch,” I’d been warned. Somehow I suspected it might be.

After two and a half years in Las Tablas, Panama, my husband and I and our two dogs arrived back in the US. It wasn’t something we really planned on doing, but some opportunities opened up, the stars aligned, and here we are.

We’re in South Carolina. It’s our first experience living in the “real” South. (Florida isn’t the “South” in any meaningful way, it’s only “south” because of an accident of geography.)

In some odd ways, our time in Panama was good preparation for what we’re finding here.Slower Pace of Life

Although by no means as relaxed as Panama, the pace of life here is definitely slower than what I’d been used to in the US. I lived in the Northeast for the first half of my life, then in Florida for 25 years.

In Panama I learned to relax and enjoy the notion that “on time” was a fluid concept, and that it didn’t much matter when something happened today or tomorrow. It’s not quite the same here, but it’s certainly not the frenetic, pressure-cooker pace of life I was used to before. I find I’m actually quite comfortable with it.

It was Easier to Buy and Title a Car in Panama, as Tourists! I thought I knew how to deal with bureaucracy, American style. Really, I did.

Well, not so much!

In Panama – and remember, we never had residency status there, officially we were mere tourists – we found a used car, negotiated with the owner, paid him the money, and hired someone to go to Panama City to switch the title from his name to us.

We’ve been here about six weeks now, and despite our best efforts, we only just got our local drivers licenses.

Now, if we had moved here straight from Florida, driving a car we already owned, it probably wouldn’t have been so complicated. But coming in “clean,” with no car already titled in our names. . . well, let’s see if I can explain.

– To title a car here, you must have a South Carolina drivers license.
– To get a license, you must prove you’re a resident and that
– You have auto liability insurance which
– You can’t get until you insure a car here.

So how do you prove residency?

The easiest way is usually to show a lease or mortgage documents. We don’t have either one, because we’re staying in a house owned by my brother-in-law. And South Carolina won’t accept a letter from him because he’s not a South Carolina resident either, he’s a Georgia resident!

We prefer to buy our used cars from individuals rather than dealers, but we quickly realized this was one time when we had to go to the dealer.

After looking around our local area and finding very little to choose from, we headed to the bright lights of Atlanta. There we found what we were looking for, a zippy little Nissan Rogue. We were able to arrange the insurance with a phone call, and the dealer supplied temporary plates so we could drive it off the lot.

I had already arranged for cable internet to be installed where we’re staying. I was able to take the cable bill which arrived shortly, and use that as proof of residency to get my license.

My husband took the auto insurance receipt, which has both our names on it, but they wouldn’t accept it. Since the electric bill and other utilities are in my brother-in-law’s name, they were no help.

Finally, we opened a small checking account locally, and the banker wrote a letter verifying that we had the account, and our current address. With that, my husband was finally able to get his license.

Before we can register it, we need to pay the sales tax (because we bought it in Georgia, so they didn’t collect a tax there). My husband plans to handle that this afternoon. We’re trusting I don’t need to be with him to make that payment.

Once he has the receipt for the tax, we can register it. We’re getting down to the wire here – the temporary tag was only good for 30 days, and we have less than a week left!

If we hadn’t lived in Panama, this would be driving me absolutely crazy. Fortunately, I’m able to shrug my shoulders and trust that it will get done, somehow.

Compared to Panama, this was super easy. We filled out some forms, produced our drivers licenses (one South Carolina and one Florida at that point), and handed over some money.

In Panama, we had an easier time opening the bank account than some of our friends, but we still needed:

– A personal introduction from friends with an account there
– Letters from our US bank
– Letters of recommendation from Panamanian friends (our landlord, and an orthopedic surgeon who rode bicycles with my husband)
– Lots and lots of paperwork
– Our passports

Finding a Place to Live

All our previous US relocations have been pragmatic. As a kid I went where my parents went. As a young and then not-so-young adult I made my choices based on schooling, family and marital ties, and jobs.

Now we’re back to the “family ties” thing, in a part of the country I wouldn’t have ever expected to find myself in.

We’re in the area of South Carolina known locally as “the Upstate.” It’s in the northwest corner of the state, with Georgia to the west and North Carolina to the north. The three small cities of Anderson, Greenville and Spartanburg anchor “the Upstate.”

While it’s lovely to know we’re welcome to stay at my brother-in-law’s for as long as we want, we’d like to get a place of our own.

Not surprisingly, we’ve found ourselves gravitating towards Greenville. Of the three, it’s the most cosmopolitan. It’s a foodie town with lots of restaurants of all sorts of ethnicities, and a lively music and arts scene.

In many ways, Greenville fits what I’ve been looking for:

– Affordable, good quality health care (more affordable than it – used to be, thanks to the Affordable Care Act!)
– Language (English or Spanish preferred)
– Someplace our kids will visit
– Warm climate year round
– Small or medium-sized city with walkable neighborhoods

Well, ok, it fails on the “warm climate year round” test. The area definitely has four seasons, and one of them is cold. (Actually, after Panama, even summer felt cool to me!) I have to admit, I’m not looking forward to winter. There’s typically not a lot of snow. Last winter it was a bit over one inch.

On the flip side, our kids are more likely to visit. Only our youngest daughter came to Panama.

We think it will make a fine base of operations for a couple of years.