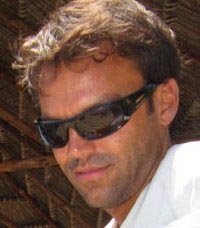 Adventure travel, backpacking – whatever you want to call it, it’s much more than a great time. It’s a great learning experience. When I took a year off university to travel in Europe one summer (I spent the rest of the year earning money for it), I learned more about the world than during my remaining years in university.

Europe was my first experience with long trips, and since then I’ve done a number of them in Asia and North and South America. I picked up a hitchhiker in Washington State who had just gotten let out of prison for murder, who told me he was searching for happiness in something other than drugs, alcohol and fighting. I shook hands with a Vietnamese veteran in a cave near Hanoi where the whole village used to hide from bombings. An old man on the black slopes of a volcano in Banos, Ecuador invited me into his cinderblock home, gave me a bowl of soup and told me about the last time the volcano erupted, spewing fire down the mountain.The obvious lessons from the road come from having to get around a new country independently, having to take care of yourself, and, especially important to me, learning a new language, in my case Spanish. But great lessons also come from the people you meet – locals or other travelers from all over the world. While other breeds of backpacker certainly exist, the good people I choose to spend time with offer knowledge, wisdom or a skill, things I doubt I would learn otherwise.

I live in Mexico, and as a teacher I have summers off. Adventure in Central America and the many diverse regions of Mexico are as easy as a bouncy bus ride or, with anticipation, a cheap flight.

Last summer I traveled down the Caribbean coast from Cancun to the Bay Islands in Honduras. Crossing into Belize was like entering another world – a world of the English language, the nearly unintelligible Kriol, Caribbean rice-and-beans cooking, and a visible mix of races and cultures. A nice American couple came to Lydia’s Guest House on the beach in Placencia, Belize. Old hippies with good ideas, they gave me my first taste of cocoa beans. Before Placencia they were staying in a Mayan village near Punta Gorda in the south, where they learned the ways of cocoa and simple living. They said a shack and a ½ acre costs 7,000 Belizean dollars, or 4,500 US.

Cocoa isn’t really a bean, but seeds inside a giant fruit. They are left out to dry. I bought little bags of them in markets in Belize, Guatemala and Southern Mexico and got thoroughly hooked. This is chocolate before it is processed, when the beans are cooked and sugar and milk is added. According to the couple I met in Placencia, cacao is a superfood, but cooking it into chocolate destroys most of the nutrients.

From the patio of Lydia’s Guest House, I sat with my guitar and notebooks, drinking coffee after a jog on the beach and a swim in the turquoise ocean. I watched the husband walking on the boardwalk in a peculiar way (the boardwalk is the main drag in Placencia, older than its tourism). He was teaching Breath Walk to Lydia. He said it was also known as yoga walk. A few weeks later, while showing the technique to a friend in Honduras, we joked that you could put “yoga” before any activity to give it a healthy, spiritual vibe. Later that day we partook in “yoga drinking.”

He was staying at Lydia’s Guest House for free in exchange for daily massages and lessons in things like Breath Walk. You match your steps to your breathing. For example, you exhale every second time a foot hits the ground, alternating with inhaling of course. Another way of looking at it is to count your steps in four (one two three four) – as if you were in the military, but slowly. Alternately inhale and exhale on the four, or every two and four – whatever you want, just keep it consistent. I liked it a lot. It works for jogging too – you just have to time it right. He claimed 20 minutes or so would make you feel better and give you peace of mind. It’s hard to tell if that works when you are chilling out in Belize. Could I have felt any better?

Placencia deserves its own story. Belizeans are friendly people and master small-talkers. I talked a lot with Lydia, for instance, and I highly recommend her Guest House. The owner/cook at a Belizean soul food restaurant gave me a short history. Tourists only started coming around 1985. At that time no one locked their doors. Tourism brought development, but also crime. Before tourism there were no strangers. There were no foreigners either, other than speculators who bought a lot of land. They sold it after the Belizeans developed the tourism. But the boardwalk has always been there, along with the white sand and sky-blue water of the Caribbean.