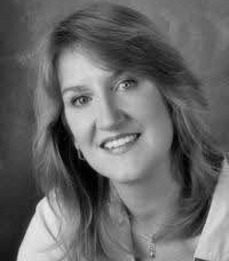 When you move from one country to another, you sometimes have to unlearn subjects that you were quite happy with, such as education systems. I grew up with the UK system, which is so different from its American counterpart I have almost had to erase it from my memory to survive. They start school a little later here, although many children go to some type of nursery or pre-kindergarten school. The first required year of education here is Kindergarten, when the children are turning 6. This is the equivalent of Year 1 in the UK. First grade is Year 2, and so on. Although high school consists of grades 9-12, the students are more commonly referred to as Freshmen, Sophomores, Juniors and Seniors. “Freshmen” and “Seniors” makes sense, but I always have huge trouble remembering the order of the middle two. Thank goodness they use the same terms for the four years of university. Adding to my confusion, students in the last two years are also referred to as Upper Classmen. (Oh, and by the way, they’re “students” not “pupils”, no matter their age.)Even more confusing is the fact that when you ask someone how old their children are they will often tell you what grade they’re in. For years I have had to count on my fingers trying to figure this out. Now that my daughter is a high school junior (ie. seventeen years old) I’ve just about mastered it, but it’s taken a while.

Some of the names for schools are also very different for me. In the UK, a “prep” school is one for children under the age of 11, preparing to go to senior school. Here it usually refers to college prep, so we’re talking about teenagers. And one thing you never hear about is an “infants’ school”. Growing up, that was for kids under 7, but here the term “infant” is reserved for tiny little newborns, so such a school would raise a few eyebrows.

Getting into college appears to be an exhausting and intricate dance in the US. Unlike in the UK, where you are limited to five applications and they all go through UCAS, the central governing body, highschoolers here can apply to as many colleges as they want, and they’re pretty much on their own. Each college has its own admissions requirements, although mercifully more and more of them are using what’s known as the Common Application. The standardized tests (ACT and SAT), which many colleges look to when deciding on students, occur several times throughout the academic year, and students can take them as many times as they want. Both the ACT and SAT examining boards now allow you to choose your best score to send off to your desired colleges, which seems very sensible to me.

As a parent with three children in the American school system, one of them facing college, it’s been quite the learning curve for me but I think I might just make an Honors Roll somewhere!