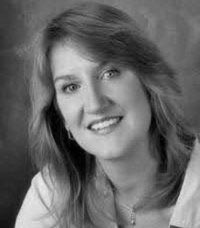 I recently read Emily Winslow’s new novel “The Start of Everything”. Set in Cambridge, England, this book is a real page-turner. I’m not usually attracted to thrillers but I could not put this one down. Read all about it at the web site – www.emilywinslow.com

Emily is an American married to a Brit; they currently live in England, with their two children. Obviously, there were questions to be asked-

Emily, you're an American in Cambridge, England. You moved to the UK in 2006 with your British husband but you say you'll return to the US when your young sons are in college. I'm curious as to how you've decided that. Do you feel that England isn't somewhere you could live long term? Do you get homesick? I had always imagined that the house I lived in with my kids would be my house for life. My husband is the one who suggested that we design our current house specifically for this stage of our lives, and then plan to move on when the kids have grown. That has come to appeal to me. Our present home is very large, built to accommodate the homeschooling of two growing boys with diverse interests (and large instruments!), my work at home, and guest accommodation big enough for our friends with children to visit as whole families. It’s wonderful, Cambridge is wonderful, and life is wonderful. But I’m looking forward to making a big change and starting fresh when the boys are off on their own. It will be a new adventure.

How long did it take you to feel "settled" in England? (Assuming you do feel settled; it sounds like you do.)

Cambridge is my husband’s home town, so we already had many, many friends when we arrived. Also, Americans barely count as foreign here. Honestly, I felt more out of place in suburban California than I do here! It’s a university town, which is very much my style.

Cambridge is a surprisingly cosmopolitan city; do you mix mostly with Brits, expats or both?

Mostly Brits, and some South Africans, Asians, and fellow Americans/Canadians. We have no particular expat cliques, and just make friends with whomever we bump into.

Do your children think of themselves as Brits, Americans or a mix? How do you keep the USA alive in your house?

Even though our boys spend each day together and we have lived here for seven years, the older one (who was nearly five when we arrived) still has an unmistakable American accent, and the younger one (who was a newborn when we arrived) a British accent. We make sure they know US and UK vocabulary and pronunciation differences, and we all go home to the States at least once a year. They are charmed by certain American luxuries, such as baggers in grocery stores.

Most expats make embarrassing mistakes at some point; can you give us an example or two of something that sticks out in your memory please.

My favorite story of an embarrassing expat vocabulary error isn’t mine, but a friend’s. She was visiting the parents of a Scottish boyfriend and used the word–well, I don’t think I can use it here if Brits read here. It’s a word that in America is a very cute, grandmotherly way of referring to one’s behind, but in the UK is an extremely crude, unacceptable word for a different body area. I have tried telling the story of this misunderstanding to Brits, but they go all stone-faced and say that it isn’t funny. (Toni – I’m guessing the word is “fanny”.)

For myself, I hate hate hate using the word “toilet,” but my attempts at nice euphemisms are rejected. I have tried asking for “the bathroom” and “the restroom,” but waiters just make fun of me. I’ve finally gotten used to asking for “the toilets,” but now I have the opposite problem: I ask for “the toilets” in America and people think I’m being gross and TMI!

Do you think that Cambridge is a welcoming place for expats?

Cambridge is very used to new people coming for a few years to get a degree or for a short fellowship at the University, to study English for a summer, to work as an au pair, and many other reasons. My best friend came here for a semester abroad, and easily made friends with the man who later became (thanks to her introduction) my husband. If you’re ready to be friendly, and have interests of your own to pursue, I think it’s a great place to come for a short or a long time.

Finally, do you think the generalizations about Brits are true – (reserved, emotionally distant, polite etc.)?

I have found people here to be very friendly. But, I’m also frequently told by these friendly people that my openness and social boldness are “very American,” and that it’s in response to that that they are being open in return.

(The US editions of Emily’s books are available now. The UK editions are coming out in June.)