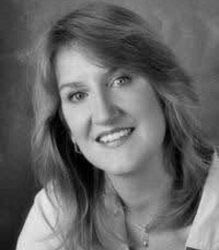 If there’s one aspect of living abroad that reminds you you’re an expat, it’s the kids’ school. At this time of year many British parents in the USA are in shock at the three months of summer thing, – and then you get the school supply list.

After a 15-year career as a school parent, it’s not so much of a mystery but in the past, the arrival of the school supply list has filled me with dread. A “trapper-keeper?” What on earth? If I had been living in a non-English speaking country I would have asked a sales assistant for a translation, but somehow I couldn’t bring myself to do that in Chicago. (OK, I could have faked a French or Greek accent but I have a feeling the kids might have noticed.) Although to me a “trapper keeper” sounded like something vaguely science-y, it was number four on the stationery list, so off to Office Depot I went. And yes, I finally found it – amongst all the other loose-leaf binders. Why it has to have a different name is beyond me, but according to Wiki there is a reason.With a language difference there is obviously potential for confusion, even when you think you have it under control. French author Veronique Martin-Place was faced with the American school supply list a few years ago but given that her children were little, the list wasn’t too long nor did it seem particularly confusing. Unfortunately, since “crayon” is the French word for colored pencil, Veronique didn’t get it quite right, as her daughter found out on the first day back to school.

Culture can also make for confusion as Kiwi writer and blogger Vegemitevix discovered soon after she arrived in the UK. Shopping for her daughter’s PE uniform, she found herself looking for “plimsolls”. (For non-Brits, plimsolls are soft indoor shoes, also worn for indoor PE lessons.) The (un)helpful sales assistant asked, “What shoes do you wear indoors?”. Being from a warm Pacific island, Vix’s by now tearful reply was “We don’t”. You can read the entire post here.

Blogger and journalist Jody Brettkelly,is another Kiwi, who lived in London for 15 years and now lives in California. In London, she joined in the joy of mums dropping their kids off at pre-school, relishing the freedom they had till the 3pm pick-up time. She expected the same thing in California but it quickly appeared this wasn’t going to happen – “I was greeted with volunteer sign-up sheets and beaming Mums and Dads buzzing about which jobs were the most fun. “Anyone want to walk down to the coffee shop?” I asked. No takers. “Jody- come and look at the volunteer opportunities!!!!” trilled one of my new Mum friends. My heart sank. On top of driving for field trips, helping out in the classroom, cleaning and gardening, the parents at our new school raised $350,000 a year through fundraisers like auctions and walkathons!

After a few weeks I realised many of the parents volunteered at the school for hours a day – and loved it! I would have to do my bit. I signed up to collect wine for the annual school auction, themed “Superheroes”. I plundered the kid’s dress-up box for Superhero-y looking stuff, bought a few bizarre wigs and stood outside the school at drop-off, waving balloons and asking for wine donations for the “cellar.” I wrote silly little stories in our school newsletter about the most interesting bottles. In the end I collected $4,000 worth of wine which was sold to one person at the auction for $4,200.

At the auction I heard one mother say: “What’s that wine woman like? She looked a little strange with those weird wigs…”
“Apparently she’s a Kiwi who lived in London” another mother explained.
“Oh wow, cool – what a hoot!” they both agreed.

Turns out – if you’re a Kiwi who lived in London – you’re allowed to be the “crazy wine lady.”