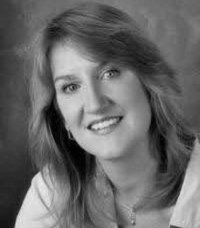 I wrote in in my last piece that no matter how long you’re an expat, there are things you’ll never quite get used to in your host country. The other side of the coin is that on going “home”, you often see things through a different lens.

Take pizza. Although I ranted last month about the way Americans often eat without a knife, I must confess to a smirk or two when I see a fellow Brit attempting to eat pizza with a knife and fork. Come on – if pizza isn’t finger food, what is? Or attempting to eat teeny tiny peas by spearing them with the tines of a fork? Apparently even the Queen eats peas with an upturned fork, so I think it’s acceptable these days.

I’m not one to shout about the customer service in the US, it’s certainly fast but it’s often not what it’s cracked up to be.When I’m back in the UK however, I long for waiters who know at least know what the day’s specials are, and who don’t disappear forever after showing you to a table. While I appreciate the less frantic service, at least offer us a drink when we sit down! I swear last summer we were left for so long I had to go and remind an employee that we were actually waiting to spend money in their establishment!

Blogger Iota has just returned to the UK after several years in the USA. One thing she’s sorely missing is her American washing machine. They’re humungous, and make their British cousins look like Barbie appliances. Living out of suitcases, as we do when we visit the UK, there’s a lot of laundry and I always over-estimate how much I can cram into domestic machines there. Yes, they get your clothes nice and clean, but what I can do in one load in my American house often takes about three days to accomplish in the UK! And don’t get me started on the washer/dryer versions. All I can say is “thank goodness for radiators”; at least with them you can guarantee your clothes will eventually be dry.

And finally, – the weather. Yes, I’m going there. I complain bitterly about the freezing winters in Chicago, but at least we know we’re guaranteed a summer. Sometimes, like this year, it’s a tad hot and humid, but we know that we will be able to break out shorts and t-shirts at some point. Ye gads – this summer in England? I was there for the whole of June and I swear it was cold and rainy for most of the time. (I moved around a lot and the unseasonal weather followed me up and down the country. I got blamed for a lot of it!) I felt so bad for everyone who had weddings (my cousin) where the photo shoot had to be moved indoors because of the cold and rain. I think if I came back to the UK I’d probably be the one whining the loudest about the clouds and the lack of warmth.

Or perhaps I’d just be doing the happy dance that the winter didn’t resemble living in a walk-in freezer.