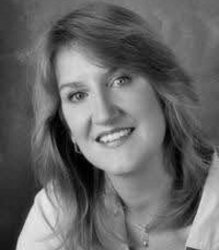 My fellow columnist and bloggy chum Michelle Garrett is currently writing about being the only American in her UK neck of the woods. It prompted me to think about my status as the only Brit in town. Well, OK, not the only Brit in town; this is Chicago after all, there are thousands of us. I am however, often the only Brit my friends know, the only Brit on my street, and the only Brit parent that my teen’s friends can imitate. (Usually very badly, but I just smile sweetly.)

So how do I feel about this? Unfortunately I’m not always as positive about it as Michelle. (Come on, I’m British; what did you expect?) I haven’t really lost my English accent so even after 21 years here, people still comment on it when they first meet me, asking where I’m from, how long I’ve been here etc. etc. Unlike many expats, this isn’t the part that bothers me since most Americans are genuinely interested and anyhow, I know how to cut the conversation short if it looks like I’m in for a long-winded account of their travels around the British Isles.No, it’s just the “being different” that gets a bit wearing for me. Sometimes I long to be among Brits more, so that I can say “knackered” and “fortnight” without having to check myself. (It’s funny how some words just never leave your lexicon even after years of under-usage.)

In the run-up to Christmas (called “the holidays” in the States) I’m having my usual longing to attempt a traditional Christmas cake or pudding. Unfortunately there’s not much point as I’d be the only one eating it, and that’s never a good thing. The fruitcake in the States is something of a national joke despite my insistence that a well made Christmas cake has usually been steeping in alcohol for months and is therefore moist and delicious. A Christmas pud is even less welcome as no one is accustomed to the taste; the idea of eating it with brandy butter is even less appealing.

On the plus side, my Christmas traditions are foreign enough that I can go into school and give a little presentation about Boxing Day, sixpences in the pudding and the use of “Father Christmas” instead of “Santa Claus”. Always makes me look like a bit of a rock star with the under 7 year olds!

Although I can’t tempt my family into partaking of the culinary delights from my homeland, I have been successfully insisting on Christmas crackers for several years now; I can even buy them here instead of having them sent from England. Things are looking up. Now if I could just find a store that sells single mince pies instead of having to buy (and eat) a box of twelve…