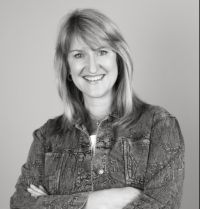 I recently read “Maeve’s Times – In her own words”, selected writings from the late Maeve Binchy’s pieces in the Irish Times. Whether you’re a fan of her novels or not, I recommend this book as it shows what great a journalist she was, writing eloquently on everything from her days as a teacher to weight loss, abortion, and arthritis. One post was all about the people she ended up sitting next to on planes, and one sentiment, I could have written myself:

“I often hear people saying they sat beside a frightfully interesting chap on a plane, but I just don’t believe it. The only people I sit beside are people who read the safety card with an intensity that could only come from certainty of disaster.”Like many expats, I have lots of flights-to-the-mother-country up my sleeve and I don’t remember meeting anyone remotely interesting on any of them. There was one very young Australian guy who implied that he had spent his childhood flying “home” from his father’s various postings abroad, but he was so careful not to tell me who that father was I decided to abandon my not-so-subtle line of interrogation. (I still wonder if it was the Prime Minister or someone like that.)

Which brings me to my next point. What kind of traveller are you? Unlike some, I don’t really have a strategy with regard to fellow flyers. In years past I was dealing with between one and three children, which meant little interaction with others, unless you count the odd glare at someone who tutted when I dared bring children into business class (thanks to air miles, I hasten to add). But that’s another discussion.

My husband, who flies a lot for business and is thoroughly indifferent to the whole activity, sits down and immediately dons earphones. Most of the time he’s not even listening to music but it has the desired effect of silencing the majority of people in the adjacent seat. Of course, he gets the occasional passenger tapping him on the arm to ask where the loo is, which necessitates Plan B, – close your eyes and feign sleep (after giving the answer, of course).

My mother on the other hand, gets off every transatlantic flight, knowing the life history, hobbies and shoe size of her fellow passenger. It might be the champagne handed out before takeoff that makes for such camaraderie or just that she’s a friendly person, but I’m often surprised she hasn’t made plans to visit the person during her stay with me.

What I certainly won’t be doing is stalking browsing the profiles of my fellow travellers on Facebook, which is apparently what the Quicket app facilitates. Simply by logging in to FB, going to Settings and then Social Check-in, you can scan your boarding pass and find out which other FB users are on your flight. Before everyone vows never to fly again, I must add that your intended stalking victims must give permission, and obviously have their FB settings set to “Public” in order for passengers to discover much. But still…….

And Quicket isn’t the only app doing this. For those passengers who can’t face a flight without socializing, there’s also AirSocial. (“Let’s make the world smaller by making flying more social.”) Again, before anyone has a hissy fit, you do have to sign-up before making friends, and you can only make friends with others who use the app. It appears AirSocial recognizes that too – “We’re trying to solve the problem of bringing strangers traveling from point A to point B a bit closer, without forcing anything on them, and preserving the solitude of travel that some value so high (sic) — while at the same time, helping them not miss out on great connections. If you want to stay anonymous – fine, a huge portion of us do.”

A collective sigh of relief from the anti-social among us.