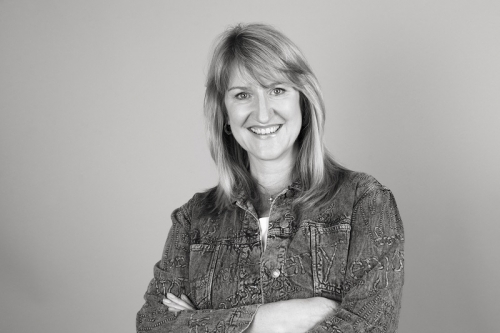 I was lucky enough to spend almost a month in the UK this summer. It was a joy to be back in an English summer garden – nothing beats that smell -and a treat to wander around gleaming grocery aisles, salivating at all the new flavours of Branston pickle, and marveling at the Marmite range.

Truth be told though, there was one thing I didn’t miss at all –
Gestapo rubbish collectors and the stress that comes with them.
Yup. They’re still at it. We had a rather large party at my mother’s house, and paid the price for weeks in terms of rubbish pick up, or the lack thereof.She has one wheelie bin for rubbish and another for recyclables. If you happen to have more rubbish than fits your bin, you’re in trouble because bags placed neatly next to the bin (the night before collection day, and not a moment sooner) will be dutifully ignored. If you have particularly vindictive collectors you can expect to be issued with a Section 46 notice (courtesy of the 1990 Environmental Protection Act and the 2005 Clean Neighborhoods and Environment act), followed by a “fixed penalty” notice and perhaps prosecution. You must take excess rubbish to a local tip or recycling centre, or find kindly neighbors who happen to have room in their wheelie bins. (I’m half expecting “bin-sharing” to be added to the naughty list in the very near future.)

In some areas, it’s bags instead of bins, but not just any old bags, as this business owner found out recently. There’s a difference between bags for residences and bags for businesses, and failure to use the correct bags can result in thousands of pounds in fines and costs. Even if you use the correct bags, in Worcester, England, the bags have a sell-by date. “Pay-as-you-go trade waste sacks sold by the council are date stamped and can only be used in the year printed on them”, says the article. Who knew?

In recent years, the UK has taken huge steps to encourage people to recycle or compost waste, with local authorities establishing “target” ratios of rubbish to recyclable. In many areas, recyclables are now collected more frequently than regular rubbish. However, stories abound of recycling infractions. For example, should you accidentally place a non-recyclable pizza box on the top of the pile (where the inspector on duty can easily see it) your bin simply won’t be touched. Alternatively you may receive a stern note reminding you of the items that should and should not be placed therein, as happened to a family member.

There really are “monitors” who inspect what you put out for collection and “waste receptacle” fines are on the increase. One poor woman last year complained “Westminster Council agents opened and searched my rubbish bag in front of my door, and found one bank statement from my company together with my personal waste. They deduced that this was “commercial” waste, took some pictures, and sent me an £80 fine for illegal commercial littering. They said I should have used a dedicated commercial bin bag, labelling who was collecting my rubbish. They seem to be suggesting that I employ somebody separately to take away my company’s bank statement.”

And with the inevitably vague EU Waste Framework Directive, which came into effect on January 1 2015, the situation could get even sillier. The directive requires member states to separate recyclables into glass, paper, metals and plastic. Given that many UK residents already have separate bins for ordinary rubbish and garden waste, the sight of six bins per house is not beyond the realm of possibility. Fortunately, it is up to the local collector how compliance is achieved so hopefully local authorities will see sense and stop the madness.

As Cardiff City Hall employees can attest, there’s only so far you can push already angry residents when it comes to rubbish. Brits may have a stiff upper lip and manage to “Keep Calm” most of the time, but messing about with their bin bags, wheelie bins and collection schedules is a step too far.