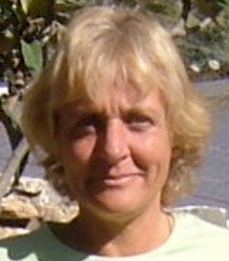 Joe and I are seriously considering building an ark. The rain, which started well before Christmas, is still coming down like stair-rods. The Spanish news speaks of little else and shows us images of flooded towns, collapsed bridges and roads blocked by mudslides and rock falls. Apparently, this is the wettest winter on record.

To get into our village, residents have to zig-zag and slalom past mounds of rocks and mud. The council is doing its best, but as fast as they clear the road, more mud-slides occur. Geronimo, who is a sort of village policeman, battles valiantly with the daily damage, but his efforts are in vain. As fast as he shovels mud aside, more slides down. Water oozes out of every crevice on the hillside, eating away at the mountain. You can’t fight nature, so we’ve given up fretting about our leaky roof; we just keep pots and buckets on standby, ready to catch the drips.Before Joe starts building his ark, he’s decided we need to get fitter. So we have a new regime. Every day, weather permitting (which isn’t often, so far) we walk the almost perpendicular path to the shrine halfway up the mountain. Our first attempt took us 16 minutes, with frequent rests. We can now do it in 12 minutes, still needing frequent rests. But the pain is worth it for the view from the top, and we see something new every time we take the walk.

Halfway up, we pass Geronimo’s donkey. He watches us with interest but we can’t stop to speak, our mission is to reach the top faster than the last time, or to die in the attempt.

A couple of weeks ago, we arrived at the shrine as usual, panting, heaving and gasping. It’s a kind of look-out post with benches and a few shade trees and we sat down to recover.

‘What’s that?’ I asked, having gained sufficient breath to form words again. I pointed at something a few feet away and Joe walked over, crouching down to examine the curious spectacle I’d spotted.

Writhing along the ground was a long, brown sinuous worm-like thing. Except it wasn’t a worm, or even a snake. It was a four foot long line of caterpillars, marching nose to tail.

We were enchanted. Each caterpillar was brown with yellow stripes and soft downy hairs. Each caterpillar followed the one in front, never deviating from the line, never being left behind. We stayed awhile, fascinated, watching the determined little procession.

‘I wonder what they are,’ said Joe. ‘And I wonder where they’re heading?’

We took some photos, headed back down the hill, pausing briefly to chat with Geronimo’s donkey, and went inside. I switched on the lap-top and described our caterpillar encounter on Twitter. And what a response I got!

As you can imagine, I was a little taken aback… Killers? Deadly? How could those cute little fluffy caterpillars be anything but charming?

Well, it seems that these are Pine Processionary caterpillars, destined to hatch into unremarkable moths. The female moth lays her tiny eggs in a pine tree. The eggs hatch and the caterpillars grow quickly, feeding voraciously on pine needles at night. To protect and house their community, they spin a white fluffy bundle in the tree and in February or March the colony abandons the tree in a long line searching for soft soil to bury themselves and pupate.

So why the horror? Well, if disturbed, the caterpillar sheds its hairs. The hairs cause painful rashes, or much worse. If inhaled, the tiny hairs can be lethal. An inquisitive dog unfortunate enough to inhale these hairs needs to be rushed to the vet within 40 minutes. Children and adults can also suffer severe reactions, including anaphylactic shock. Even walking under trees housing the bundles can be dangerous as the hairs are often airborne. In addition, the pine trees themselves are devastated by these furry fiends, and often die.

Whew! Yet another Spanish learning curve for us old fools.

Of course, this poses another problem. When Joe builds his ark, which two animals are we going to take on board? Which two chickens, which two caterpillars? Are we even allowed to take two Pine Processionary caterpillars?

Answers on a postcard, please, addressed to ‘The Two Old Fools up a Spanish mountain who still have an awful lot to learn.’

My Recipe of the Month – Chicken with Honey and Cashew Nuts

This recipe came from a restaurant in Granada. The combination of the finely chopped cashew nuts with honey really compliment the chicken breasts.

– Beat the eggs in a cazuela with the honey and mix well.
– Finely chop the cashew nuts and mix in another cazuela with the bread crumbs, salt and pepper.
– Dip the chicken breasts in the whisked egg and honey, then pass over the nuts / breadcrumbs and cover thoroughly.
– Arrange the chicken on a baking tray and pour over the butter.
– Bake in a preheated oven for 45 minutes.
Serves 4