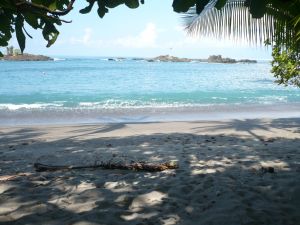 Communication is invariably a problem when moving to a new country, and this is especially true for most Latin American countries because of the huge cultural differences that shape and dictate the norms of socially acceptable behavior and communication. Costa Rica’s history has left it with a population demographic that may make it seem more European than South American, but the country is as Latino as it gets! Communication isn’t an insurmountable barrier that an expat needs to be too worried about, but don’t take for granted that it’s going to be easy simply because of the primarily European-descent population and because the English language is widely understood.While these factors may help you converse and communicate with the locals, there are, at the same time, many cultural barriers to communication. Here are a few tips on learning to communicate effectively in Costa Rica.

Understand the Local Culture: Don’t sabotage your dealings and business interactions with Costa Ricans by measuring their behavior against the standards in your home country. Costa Rican attitudes towards business and work are very different. English is the traditional business language, so it shouldn’t be hard to communicate, but Ticos (as Costa Ricans are called) take a very informal and almost casual approach to business meetings. Business meetings are usually conducted over a meal like lunch or dinner. Keep in mind that local culture is very laid-back and easy-going, a trait that also reflects in business. Punctuality is not a characteristic that Ticos are known for. Another odd feature of most business meetings here is that they usually begin with casual conversation that has nothing to do with business. Always make it a point to be courteous however, and when presented with the opportunity, make your requirements and expectations very clear.

Yes Often Means No: The word ‘yes’ does not necessarily mean ‘yes’ and in some cases it can mean quite the opposite. The locals hate to be negative, and will generally evade responses that require a negative response. Instead they will reply in the affirmative to questions in conversations; it’s just that their response or affirmation doesn’t really pertain to the question! For example, if you were to invite a colleague over to your place for dinner, he will assure you that he will be there. This of course does not mean he has any intention of showing up! You may call to find out if someone is on their way and will receive the response, “Yes, I’m on my way,” but no one will show up. As rude as this may seem, it isn’t done to be insulting or hurtful. Most Ticos in fact reply in the affirmative because they believe it’s what you want to hear. This is regarded as culturally acceptable behavior in Costa Rica, and it is thought of as the polite thing to do.

Be careful about your nonverbal cues and gestures, because Costa Ricans read a lot into them. As is the case in most cultures, eye contact is given a great deal of importance and is especially important in business meetings. Make sure that you never form a fist with the thumb protruding between the index and middle fingers, as it’s regarded as extremely rude and impolite. Try not to keep adjusting your hands and feet when communicating, as it can be misconstrued as being rude. Costa Ricans are very physical and physically expressive, so don’t be surprised if men greet you with a warm hug or embrace as if you’re long lost friends. Women exchange greetings with a kiss on the cheek, and by and large, physical contact is an integral part of communication, and is completely acceptable.