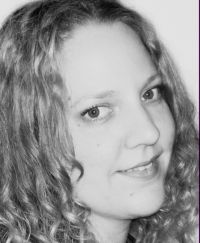 I’m a 35 year old woman who was born in England but spent part of my childhood/teenage years in the US. When I was 21 I moved to NY. I never really felt like I truly belonged in the US, though I have some wonderful friends from there. After so long, I wasn’t sure I fit in in the UK anymore either and really wanted to live in a foreign country for a long time, specifically in Europe. I’m a private piano teacher and classical singer and perform with a few choirs in Prague. I have a full time job at a University and 14 private piano students (children).

I moved to Prague in January of 2011 from New York. I had visited Czech Republic (after years of wanting to) in 2005 and fell in love with it. I loved the architecture and prevalence of classical music.For the next 5 years I dreamt and talked about it. I was getting tired of life in NY; it was too stressful, busy, dirty, and I’d been living there for 12 years already. I visited Czech again in the summer of 2010 and found that I still loved it; I vowed that I would be living in Prague by the following summer and 6 months later I moved here.

The biggest challenges were financial and getting rid of my stuff. I’d accumulated 12 years worth of things. Thinning out my book collection was painful and getting rid of CDs hurt as well! As for money, buying the ticket, but also moving my 2 cats was expensive. They required vet visits, vaccines, microchips and the cost of their flight was quite expensive. It was difficult to say goodbye to my friends, but I was really ready for a change. I had received a job offer so they had wanted me to start quite soon. It was a quick departure.

At first I was lucky that my job put me up in housing. When it was time to find my own place I looked on the expats website expats.cz where there are classified ads. But, usually rent prices on those places are higher because landlords often charge more rent for foreigners. Most of the places listed there or on other English language realty sites were quite expensive and I didn’t want to share with flat mates as I’d done that in NY for so long. So, I looked on Czech realty websites and found my flat this way. Most of the realtors spoke English (though the listings were in Czech) once I met them.

In my area, no. I live in a ‘quiet’ part of Prague that is Czech. I don’t know any other expats living in my neighbourhood and I never hear anyone speaking English or other foreign languages. If I do, it always catches my attention. Usually they are tourists since I live close to Prague castle and there are a few hotels around. Most of my expat friends live in the same area of Vinohrady/Zizkov which is on the other side of the river than where I live. I mostly hang out there as my friends are there and there are lots of bars, restaurants and pubs

I have Czech friends who are great. Some locals are not very friendly, especially towards foreigners. Czech people in general are quite cold and hard to get to know. Once you know them they are often warm and kind, but they are hard shells to crack. I have lived in my flat for 2 years and don’t really know my neighbours at all. I have also sung in a choir here for 2 years and only talk to a few people, which I know could be because of the language barrier but no one tries to speak Czech to me, except for a few. They are nice people, just not overly warm. I think the younger generation is more open, though.

Prague is very beautiful. There is so much lovely architecture and parks which is very important to me. I like to be in pretty places. I also like the music scene. There are so many talented musicians here and so many concerts to choose from. Also there is a very relaxed feeling here and after the craziness of NY it’s nice to just be in a mellow place. It’s a relatively safe city as well. I feel comfortable walking alone at night in most places. There is not much violent crime here, so that is comforting. The biggest crime is theft which sucks if it happens to you, but usually you’re not in any danger.

I don’t like that I can’t really speak the language (which is my fault). I’m trying to learn it, but it’s very difficult and I don’t have much time to study. I feel like I’m not fully integrated into society and miss out on a lot since I can’t attend Czech theatre for instance or watch Czech films as they are often not subtitled. Also, going to the doctor can be difficult especially if you need to explain something complicated. Not being able to express myself or communicate as well as I do in my own language is very frustrating.

My advice would be to do a lot of research. I researched living in Prague for years before I came. I don’t mean it’s necessary to wait five years before you move, but really know what you’re getting into.

If you don’t speak the language find out ahead of time if there are expat groups so you won’t get lonely.

Go to as many social events (if there are any organized) as possible so you can meet people and make friends.

Most of all, just go for it. If you really want to live somewhere else and have the means to do so, then do it. Don’t let reservations hold you back. You know what it’s like until you really do it. You may love it or hate it, but you won’t know until you try and you’ll end up regretting not doing it.

Finally, try to experience as much as possible and get out of your comfort zone. Try new activities or hobbies as it’s a great way to meet people and don’t be afraid to try and make friends with locals. In fact I really encourage it because they can show you a side of the city or country you’re living in that you wouldn’t see on your own.

My plans depend on how well I can learn the language. I moved here with the mindset of staying for a long time, or forever, not just for a few years then move on. If I can learn the language and be fluent and am still happy here then I will stay. If I just can’t get the language I will consider moving somewhere. But, it’s impossible to tell what will happen. I would like to live somewhere else in Europe just to see what it’s like. I know German so perhaps Germany or Austria, or maybe somewhere completely different like Croatia or Turkey. Who knows?