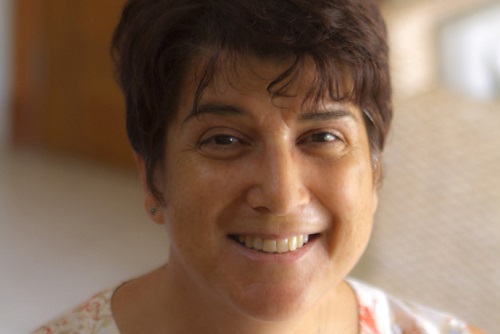 I moved here in 1999, to be with my now-husband Pedro.Originally from Gibraltar, I was living in Oxford, UK, working at the HQ of international development agency Oxfam and had met Pedro two years previously during a work visit to the country.

I went through those three classic stages of culture shock, starting with the starry-eyed honeymoon phase before being hit hard by the rejection phase, but I eventually came through it and achieved a more balanced and realistic state of acceptance. I think it took me about two or three years to get there, as this process also overlapped with the experience of becoming a parent.

Parenthood, giving up work, being far from friends and family and adjusting to a new country all in one go was a rough ride at times. However, the Dominican Republic is, in most ways, a wonderful place to be the parent of a small baby. Everyone – ranging from my husband’s family and our friends to complete strangers – was helpful and supportive, although sometimes a little too ready to offer unsolicited advice and opinions. I was also very lucky to have met good friends like the late Ginnie Bedggood, with whom I collaborated on both expat titles, and “Aunt” Clara of dominicancooking.com, and many others before and since then.

I also managed to carve a niche for myself as a freelance researcher, translator and editor, mainly for the international NGO sector in the Dominican Republic, but also for several other interesting clients, both in the country and elsewhere.

Yes. It is a tourist area and a significant proportion of the local residents are from other countries. This ranges from wealthy retirees living in luxury beachfront villas to businesspeople and professionals who have moved here for opportunities and jobs in tourism and related sectors, and some, like me, are foreigners married to locals. I also met some valuable expat and Dominican friends through the DR1.com forums, an excellent source of information, entertainment and networking.

It’s a stunningly beautiful place to live with an easy-going pace and some of the best beaches on the planet. Punta Cana Village, where we live, is clean, peaceful, and safe – a place where our son could grow up without being cooped up indoors and driven everywhere like so many city dwelling kids these days. We have a healthy balance of local and foreign friends. I’ve also met a lot of people I would probably never have met in my previous professional or social circles, like my fellow Punta Cana book club members, women from several countries including the Dominican Republic.
Best of all, we don’t have a real winter. It does get very hot and humid in the summer months, but the rest of the year is perfect.

Sometimes I regret living so far away from my family, but I get to see them when I visit every summer.

Since we moved to Punta Cana from Santo Domingo I also miss some of the things that a big city offers, like cultural venues and events. Here we are lucky if we get to see an exhibition, play or concert three or four times a year.

The one thing I will never get used to is the health system. We pay for private health insurance but still have to fork out for almost everything. The simplest procedure needs to be pre-approved by the insurance company, so it all ends up taking days. It definitely makes you realise how lucky we are to have the NHS, one of the few things I miss about the UK, apart from Marmite and good Indian restaurants of course.

It’s difficult to say. Obviously culture and lifestyle in a Spanish-speaking Caribbean country differs vastly from what I’d experienced in Europe; in fact, Ginnie and I wrote a whole book, the Culture Smart Guide to the Dominican Republic, trying to list and explain all the unfamiliar practices, customs, attitudes and beliefs that a foreigner is likely to encounter here. However, if I think about it, it is more helpful to focus on common features. For better or for worse, humans are remarkably similar everywhere.

Make sure your social circle includes locals as well as expats. In general, expats tend to come and go and locals tend to be more permanent. It goes without saying that you will miss out on a lot if you restrict yourself to expat circles.

Don’t even consider living here without acquiring a reasonable command of Spanish and getting to know as much as possible about the country, its history and its culture.

The classic piece of practical advice that all “old hands” here give prospective newcomers is that they should not plunge into buying property before testing the waters: rent for a few months first before deciding if you want to live here: the DR is not for everyone.

Also bear in mind that the DR is a relatively large and very varied country – one has the choice of living with or without other expats, by the sea, in the mountains, or in small or big cities.

I feel completely at home here and really can’t envisage living anywhere else.

You can find out more about life in the Dominican Republic on Ilana's blog, Expat FAQs.