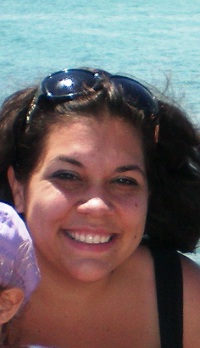 I’m Melanie, an American living in Santiago, the second largest city in the DR. It’s been a journey, but I’m still alive.

I was young when I moved, I didn’t really speak Spanish and I had had absolutely no idea what the Dominican Republic was until about six months before I moved. I know, I know. That’s horrible. Blame it on bad geography education, but my knowledge of the Caribbean was Jamaica and Haiti – and only Haiti because there were some handsome Haitian soccer players on our high school team. The doors, however, of employment opened up and I would be given housing. The pay was minimal, but I wasn’t looking to make money.I first moved to the Dominican Republic in 2004 – just out of college and not really ready to work in the “real world.” “I’ll travel,” I said, “and do some good work before I decide what to do next.” The plan was to work for a year, maybe two, and then head back to corporate America. Little did I imagine I’d be here seven years later, married with two children, a fish, a brother-in-law and a sometimes live-in niece.

I spent my first three months mute. I had lived in Mexico during college and returned a few times to visit; I had Central American friends and I used Spanish a lot in Chicago. I wasn’t prepared for Dominican Spanish. I didn’t understand a word. I spoke in mime and mostly spent time with the kids I was teaching. Children are the most patient teachers.

I met my now-husband when I first arrived, we worked together in an elementary school and he helped me adapt to the new system. We started dating five months later, and when my contract was up, I had to decide what to do. The school I worked in was dysfunctional (as well as the religious organisation that ran it) and I couldn’t continue there. I had no real job prospects at home, but I wasn’t keen on jumping the gun into marriage. So, I travelled around the island a bit, and then headed to the States for a few months before I would make the conscious decision to move back to Santiago permanently.

We didn’t have a place to live – I had lived in the school I worked in and my husband had lived with some relatives. I moved anyway, on blind faith, while we sent friends looking for places to live. We figured out about how much we might be able to pay, what we wanted and crossed our fingers. Without even seeing the apartment, we signed a contract and hoped for the best. We got lucky. A sweet three bedroom apartment close to our jobs, and close to friends for about $150USD. It even had a water heater and two bathrooms (remember the brother-in-law I have? He’s been with us since the beginning – we needed two bathrooms so I could keep my sanity).

We lived in that apartment until the complex fell apart – every month we paid maintenance fees for common electricity and security, when the administrators stopped paying the electricity bill, we stopped getting water. Living on the third floor of a complex without a personal pump is not recommended. We now live on the complete opposite side of town – close to where we work now, in a bigger apartment with permanent running water and an almost permanent electricity supply.

We live in a lower-middle class area – if you can classify like that. Most of the homes are owned by Dominicans living out-of-the-country and are inhabited by family members. Most work, a lot have some advanced education. As far as I know, there are no other Americans close by – but there is a Belgian man and his Dominican wife living nearby. I don’t know the man, but his wife is sweet. I have a small group of ex-pat friends – people I work with at the university and people who have kids the same age as mine – but they don’t live near me. We get together two or three times a month and it’s nice, but I don’t plan my life around it. As a family we live very similarly to the people around us, my husband and I both work (so does my brother in law) and we live on decent Dominican salaries. We’re neither rich nor poor. But we’re happy.

Every week my kids and I go to the outdoor market to buy produce. They know us now, but in the beginning people were mean and often tried to rip me off. A pound of tomatoes for $100 pesos? You’re out of your mind, in the supermarket they’re only 40 pesos a pound. And the market should be much cheaper than the super! I buy all of our clothes in the USA, and have a wonderfully supportive family who gets the hand-me-downs ready when we’re state-side (once a year for three weeks). Most of our appliances are from the States as well – things here are expensive and mostly poor quality. But, mostly we try not to need too much, and live within our means.

The best advice I ever received was to live for the situation you’re in – I can’t live like I have an American salary, because I don’t. For a long time, when my kids were born, I wanted to get all of the new and great things – fancy cribs, name-brand clothes and only Pampers or Huggies. I ended up with kids in cloth-diapers (better for the environment, less money) and making my own baby food. I had to stop comparing myself to other expats and what they had because their money (in my experience) was coming either from the US (missionaries and such) or they had worked their whole life in the US and relocated when they were older.

My personal advice to tag along with this gem? Learn Spanish. Sure, there is a lot of English speaking going on here – especially in big cities and tourist-y beach towns, but Spanish will get you in with the local community. You’ll understand the culture so much more and make more genuine friendships. I’ve met foreigners in colmados (corner stores), sitting on crates with a cold beer, listening and trying to catch the language. Dominicans appreciate the effort and usually are more willing to help you out if they actually know you. And you make an effort to know them.

Life is slower here. I work a little, my husband works a lot. I’d like to continue my education (perhaps a PhD?) and in order to do that, we’d have to leave, at least for a little while. We’d probably go to Europe, though, which would still make me an ex-pat. I like working at the university, but in the fall I plan to re-enter the world of elementary education in administration. I love to write and tell stories and do it a lot on my blog Day in my Dominican Life. In general, we’re happy here and we plan on staying, growing old and continuing to use our resources to help others.