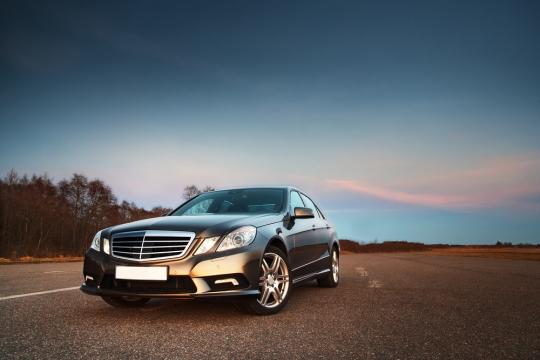 Every country has its own way of doing things. The Brits love to queue, while other countries prefer to elbow their way to the front of a gaggle. Americans see tipping in a restaurant as mandatory, while in Japan it’s an insult to leave a few notes for the waiter.Something as simple as getting from A to B has a complicated myriad of traditions, laws and local customs. Driving down the road is not a walk in the park.

The majority of the world drives on the right-hand side, but a few hold outs insist on driving on the left. Speed limits vary wildly, as do alcohol limits for drivers. Driving from one country to the next can require you to carry extra equipment, strap in or slow to a crawl.

So it’s hardly surprising that there is just as much variation in driving test standards. Some countries enforce a minimum number of hours of driving lessons before a rigorous test can be sat. In Honduras, you just need to sit a written exam and in Mexico, anyone over the age of 18 is entitled to get behind the wheel.

It’s hardly surprising that many expats heading to new countries are concerned about adapting to foreign roads. What side do they drive on? What happens at junctions? How should they cope in these busy streets?

Egypt is famous for gridlocked streets. Traffic tries to go in all directions at once, with horns blaring and overpacked buses bullying smaller vehicles out of the way.

Whether you are trying to complete your Cairo commute or are speeding through the Sahara, Egyptian drivers are full of surprises and the roads are full of holes. According to one World Health Organisation report, there are 42 road deaths per 100,000 people in Egypt, meaning it’s safer to drive in war-torn Iraq than in the country.

To help expats in Egypt take to the road safely, we’ve compiled a list of top tips, all recommended by drivers who are well-versed in dodging death on Egypt’s highways.

Don’t get harangued by the honking

The honking of horns is a near constant in busy streets. There are nuances in the loud blasts, with different rhythms conveying subtle meanings.

As a new arrival, don’t worry about the noise. It is not a direct attack at you, and just as you learn the subtleties of Egyptian Arabic, you will eventually be able to decipher the differing beeps and toots of the traffic.

It might be difficult to steer a large vehicle through the crowded roads, but Egyptian drivers tend to assume the priority of traffic goes to the biggest vehicle. 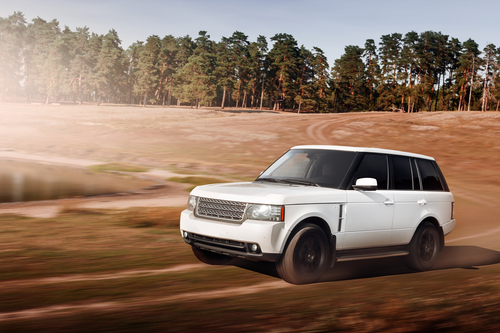 Whatever the highway code says, expect buses and trucks to do whatever they want, knowing you’d come off worse in a battle.

Be aware of the ‘middle’ lane

Most roads in Egypt are two lanes wide, but there will be three lanes of vehicles squeezed into them.

The left-hand lane is often at standstill thanks to parked vehicles while the right-hand lane moves at a crawl. Intrepid drivers often forge their own path, barrelling up the middle of the two official lanes.

Don’t give them an opening

This tip isn’t so much about safety as just being able to make progress on your journey. Any gap between your vehicle and another is likely to be quickly filled by a third trying to inject themselves into the flow of traffic.

This interloper is unlikely to fit, bringing everything to a standstill until they can squeeze into the queue. This will happen frequently enough to actually slow your progress significantly.

Not a boxing tip, but a genuine warning about Egyptian drivers and their propensity to take shortcuts. 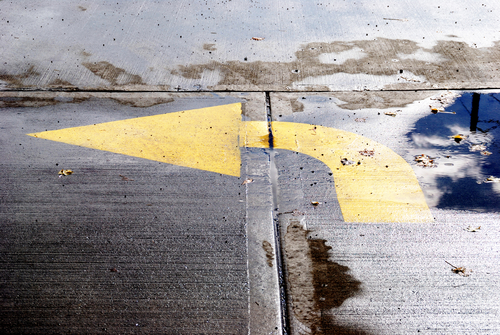 Driving on the right means that a left turn requires traversing multiple lanes of oncoming traffic. The most frequently used tactic is to pass the desired turn and then hang a wild U-turn into the oncoming traffic, once again moving toward the turning.

Surprise U-turns and left turns happen so frequently that central reservations often have informal routes cut straight through them.

Take care as a pedestrian

The majority of Egypt’s road deaths involve a four-wheeled vehicle. Nearly half of all those killed are drivers or passengers in cars and buses. However, 20 percent of those killed are people who are out on foot.

With few formal crossings and seeming gridlock on the streets, it can be tempting to venture out in to the traffic in order to cross the road. But beware; this is a seriously risky business.

Egyptian drivers are aggressive, quickly closing the gap between vehicles to avoid being cut off. If you happen to be in the way, you are likely to get squashed

According to the letter of the law, helmets and seatbelts must be worn. However, in practice few people do, and the police don’t bother to enforce it. 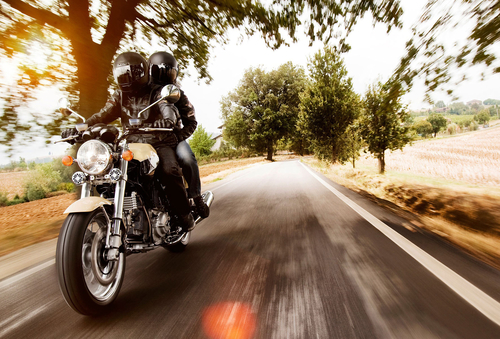 It goes without saying that the risk of death or serious injury is greatly reduced when the right protective equipment is used. Don’t be tempted to get lazy with buckling up or strapping on your skid lid, as these things might just save your life.

Egyptian drivers are impatient to get moving. They hate sitting still in traffic when they need to get somewhere. Conversely, they will think nothing of pulling to a complete stop in the middle of the street if it suits them.

Expect to see minibuses at a standstill in the middle of lanes and taxis blocking junctions as they drop off or pick up passengers. Lorries and vans won’t think twice about screeching to a stop in busy traffic to unload their wares.

To be prepared for these impromptu roadblocks, you have to be ready to slam on the brakes at short notices

Other drivers will ignore one-way streets

Cairo’s older streets are narrow and winding. It’s easy to get lost or stuck in these tiny turnpikes, meaning it’s also easy to have a nasty head-on collision.

Egyptian drivers are known to ignore traffic restrictions, closed roads and no entry signs if it gets them directly to their destination. Especially at night, expect to meet traffic cruising toward you on a supposedly one-way street.

Know what the flashing lights mean

Egyptian drivers are reluctant to use their lights. It’s not uncommon to be startled by the sound of an unseen car whizzing by in the darkness. The use of indicators for signalling an upcoming turn is also seen as unnecessary except when a driver is utterly intent on forcing their way in front of you.

In most countries, drivers wait for a sign that their fellow road users are giving way. However, Egyptian drivers simply signal their demands and go for it.

In Europe, a quick flash of headlights is an invitation for another driver to go first. In Egypt, drivers will continually flash their lights to warn other drivers to allow them to pass, often in the wrong direction.

Have you lived in Egypt? Share your experiences in the comments below, or answer the questions here to be featured in an interview!