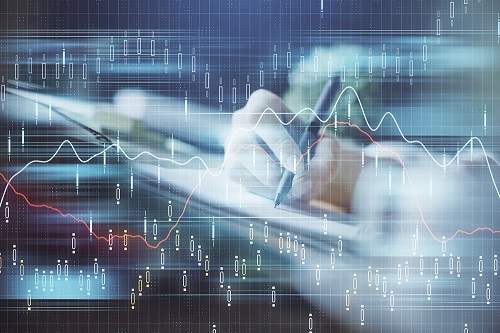 British citizens living in Spain must now prove that they have an income of £21K in order to stay in the country. Given that the average British state pension is £6,500, an exodus of British expats from the country has been anticipated. A poll conducted recently by the Daily Express suggests that 84% of pensioners polled believed that the Spanish authorities would regret this hard line and advised British people to holiday elsewhere – a ‘hitting Spain in the wallet’ approach. A commentator on the poll said:

“Spain receives the largest proportion of UK outbound tourism spend, standing at £7.9 billion in 2016, equivalent to 18% of the world total and 31% of UK tourists’ entire spend in the EU27 countries. Just avoid Spain. That is the way to hurt them. UK tourists will not suffer; they will just find the sun somewhere else.”

Tax and investment advisers say that expats in the UAE should take a close look at the new tax treaties being drawn up between the Emirates and elsewhere. Mark Schofield, a partner in Tax and Legal Services, PWC Middle East, told the Arabian Business Money Forum that, as an example:

Take care, however, as the Sultanate plans to increase taxation on wealthy residents from 2022, in order to try to claw back budget deficits. Keep an eye on your current portfolio, and make sure you consult with your financial advisers to get the best results out of your investments.

The IRS report that they have postponed the April 15, 2021 filing deadline for Americans abroad to May 17, 2021. Despite the extension, however, they suggest that you file as soon as possible, especially if you are owed a refund or need to be paid missed stimulus payments. If you need to incorporate details relating to the American Rescue Plan Act in your filing, now is the time to do so. The IRS recommends electronic filing to facilitate speed. Dates to note are as follows:

Most of you will already be aware that travelling abroad from the UK without a good reason can get you a £5K fine up until the end of June. Grant Shapps will be reviewing the roadmap on the way to foreign holidays this month, with a view to relaxing the regulations from May 17th, but you may find that restrictions are in place for longer, particularly if the UK becomes subject to a ‘third wave.’

If your investment portfolio contains shares from travel providers, such as British Airways parent IAG, InterContinental Hotels Group or Rolls Royce, then be prepared to see shares take a hit. These companies were among the FTSE 100’s biggest fallers this month, a result of Covid-19’s ongoing impact on the markets.

Under post-Brexit regulation changes, British citizens living in Italy face big wealth tax hikes on properties back home. The Italian tax authorities have recently overhauled the system, which insists on a 0.76% annual levy on the value of overseas properties. Hitherto, expats have been able to take advantage of an effective loophole that meant property valuations were conducted according to outdated council tax valuations (some of which were made in the 1990s). Now that Britain is no longer part of the EU, property valuations have been brought up to date, and you will now have to pay according to the current valuation of your property. This has seen some British expats facing tax rises of thousands of pounds. For example, if you have property in Chelsea, valued at £250K in 1993 but now worth £3 million, you could face a massive tax rise.

A possible ‘get-out’ clause is present in the ‘flat rate’ tax that some non-doms can arrange to pay – but that flat rate comes in at €100K, so it’s really only an option for the very wealthy. It is likely that these new changes will be challenged, especially since the Italian authorities are hoping to attract expats into the country. Nonetheless, it’s advisable to keep abreast of the situation if you live in Italy but retain property in the UK.