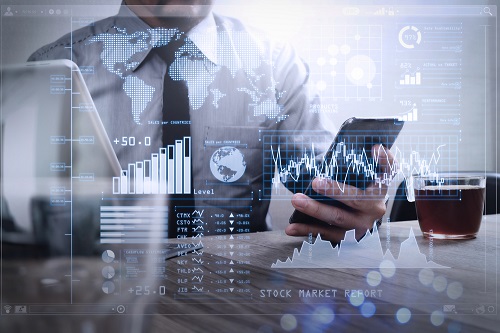 International Living’s Global Retirement Index for 2021 gives some up-to-date information on the best retirement destinations for expats. Top of the list in terms of cost of living is Vietnam, which has recently seen a drop in rents (an apartment in Hoi An, for instance, costs on average £220 per month). Overall, however, Panama comes first, followed by Costa Rica, Mexico, Portugal, Colombia, Ecuador, France, Malta, Spain and Uruguay. The Latin American countries seem to score highly – some, of course, have been retirement destinations, particularly for Americans, for decades.

Bloomberg queries this month whether Hong Kong, featured in many recent news articles as a result of the exodus of expats from the territory, really needs foreign personnel in order to remain a banking success. The publication says that the answer to this question will depend on how the major banks address this personnel drain, because the corporate financial climate is changing. Whereas in previous years an understanding of Western banking practices was a critical factor, having employees who are fluent in Mandarin is now a more useful requirement, as links to the mainland grow and cross-border opportunities increase correspondingly. Citigroup’s recent hires, which number in the hundreds, are in large part local, for instance.

Bloomberg suggests that the HKSAR financial sector may start to look at ‘sea turtles’ instead of expats to service its financial needs: namely graduates from mainland China who undertake a few years in multinationals abroad before returning home. Around 80% of those graduates do return to China, with an enhanced understanding of Western financial practices. But Hong Kong will, experts say, need to work hard to attract mainland talent: mainland Chinese personnel can find life in the territory to be alienating and may prefer to head for Beijing or Shanghai.

Expats in EU ‘could be due money’

The Daily Express reported in mid-February that out of the 1.3 million UK expats currently living in the EU, only 30,000 claim the unemployment benefits to which they are entitled. Check with your local Job Centre Plus and HMRC to see if there are benefits which you might be able to claim whilst abroad. The UK retains agreements with some EU nations which might allow you to hold onto your entitlements.

We reported in last month’s newsletter that the UAE has recently become the first country in the world to introduce an official four-day working week, but this is only part of new legislation designed to make the Emirates a more attractive financial proposition for expats. For instance, foreigners are now allowed to set up a business without an Emirati partner.

However, the possible downside is that corporate income tax is due to be introduced in the country in 2023, with a 9% rate being imposed on business profits. Oil companies and banks outside free economic zones already face taxation, but the new rules are part of wider measures to bring the UAE into line with international taxation practices. The UAE was among 136 nations to commit to an eventual minimum tax rate of 15% for big multinationals, and under the new rules, companies will be obliged to pay tax in the country in which they do business.

“The certainty of a competitive and best in class Corporate Tax regime, together with the UAE’s extensive double tax treaty network, will cement the UAE’s position as a world-leading hub for business and investment. The introduction of a Corporate Tax regime will help the UAE achieve its strategic ambitions and incentivise businesses to establish and expand their activities in the UAE.”

The new tax regime is set to be one of the most competitive in the world, but is still estimated to contribute around $13 billion to the government’s coffers. It will, however, be one of the lowest rates in the Gulf, after Bahrain, and experts think that it is unlikely to dissuade companies from investing in the UAE. It is also unlikely that the government will be introducing personal income tax any time soon. The expat and retirement population is too important for the local economy for an imposition of income tax to be an attractive proposition for the authorities.

The UAE is also attempting to crack down on criminality affecting the financial sector, as part of this general overhaul of financial legislation.

Financial advisory firm Headway Wealth will be expanding its presence into the States, which is welcome news for both UK and US expats. The firm will now be able to advise British expats who wish to repatriate to the UK from the States.

Implications for expats of the Russia crisis

Expats living in Russia may well be wondering what the future holds for them, given the build-up of Russian troops on the Ukrainian border and the corresponding possibility of Western sanctions. One such sanction, described obviously metaphorically as the ‘nuclear’ option, would involve denying Russia access to the SWIFT clearing system, which could potentially affect expats’ banking practices.

Flight from Russian businesses is already taking place, with Western partners nervous about the outcome of the military build-up, and regulators appear to be asking Western businesses to ‘war game’ sanctions if they have contacts with Russia. It’s worth asking whether contracts have ‘sanctions clauses’ and whether these would apply now, or only once sanctions have actually been triggered.

If you’re an expat working in Russia, or if you have business links with the country, it’s well worth exploring the possible impact of sanctions now rather than waiting to see what happens. It is not beyond the bounds of possibility that the government could nationalise some businesses, for instance, so if you’re working in the country, make sure you know what your position could be under a variety of possible outcomes.