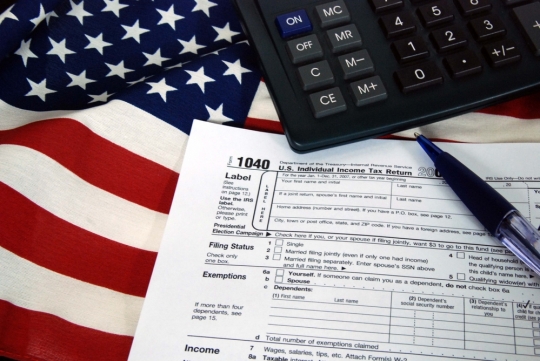 While living abroad can be the experience of a lifetime, unfortunately American expats are still required to file US taxes from abroad, reporting their worldwide income, often as well as filing foreign taxes in the country where they live (depending on the tax filing rules there).

Expats have to file US taxes because the US tax system is based on citizenship, rather than on residence.Citizenship based taxation in the US dates back to the Civil War, however it is only since the 2010 Foreign Account Tax Compliance Act (FATCA, a response to the global financial crisis), that Uncle Sam has had the ability to enforce expats having to file.

Thankfully, although expats must always file to avoid penalties, most don’t end up owing any US taxes.

In this article we look at the top five things that American expats need to know when filing their US taxes from abroad.

1. Expats have more time to file

All American citizens and green card holders are required to file a US federal tax return if they earn over $10,000 a year, or just $400 of self-employment income.

At last, some good news: there are several exemptions available for expats to reduce or in most cases entirely alleviate their US tax liability.

The Foreign Tax Credit allows expats who pay foreign taxes to claim a $1 US tax credit for every dollar of tax that they’ve already paid abroad. This means that expats who pay taxes abroad at a higher rate than the US rate will be left with excess US tax credits that they can carry forward for future use. To claim the Foreign Tax Credit, expats must file form 1116 when they file their federal tax return.

Expats who pay lower rates of foreign tax (or none) on the other hand may be better off claiming the Foreign Earned Income Exclusion, which allows expats to exclude the first around $100,000 of their earned income from US tax. Expats can claim the Foreign Earned Income Exclusion on form 2555, which also requires them to prove that they live abroad, either by providing proof of permanent residence in another country, or by proving that they spent at least 330 days outside the US in a tax year.

There are further exemptions and credits available to expats too, including the Foreign Housing Credit and the Child and Child Care Credits. Which exclusions are most beneficial to claim will depend on each expat’s individual circumstances.

3. Expats may have extra FBAR and FATCA filing requirements

Expats who have a total of at least $10,000 in foreign bank and investment accounts at any time during the tax year are required to report them by filing a Foreign Bank Account Report, or FBAR. When calculating whether they have to file an FBAR, expats should also include any accounts that they have control or signatory authority over, such as joint accounts, trust accounts, and business accounts, even if the account isn’t in their name.

Separately, expats with over $200,000 of foreign financial assets are also required to report them on form 8938 when they file their federal return, as required by FATCA.

4. Expats may have to file state taxes, too

Expats may also have to continue filing state taxes in the state where they last lived. The exact rules vary from state to state, but in general if an expat has moved abroad permanently and has no ties left in that state then they won’t have to file state taxes any more. If they still have property or other close family or financial ties there though, or if they are only abroad temporarily, for example on a temporary work posting, they may have to continue filing state taxes, although the rules do vary in each state.

5. Expats who are behind with their US tax filing can catch up without facing penalties

Expats who are behind with their US tax filing shouldn’t stress so long as the IRS hasn’t written to them yet, but they should catch up before they do.

The Streamlined Procedure requires expats who are behind with their US tax filing because they weren’t aware that they had to file from abroad to file their last three tax returns, their last six FBARs (if applicable), and self-certify that their previous non-compliance was non-willful.

They must also pay any back taxes and interest due, however most won’t owe any once they retro-claim the above-mentioned exemptions.

Because the IRS has access to expats’ foreign bank information, and also their foreign tax information due to inter-governmental information sharing agreements, they know which expats should be filing, and if they write to you before you’ve caught up they typically don’t let you back-claim the exemptions that prevent most expats paying any US tax from abroad. As such we strongly recommend that expats who are behind with their US tax filing take steps to become compliant at their earliest opportunity to avoid possible future trouble.