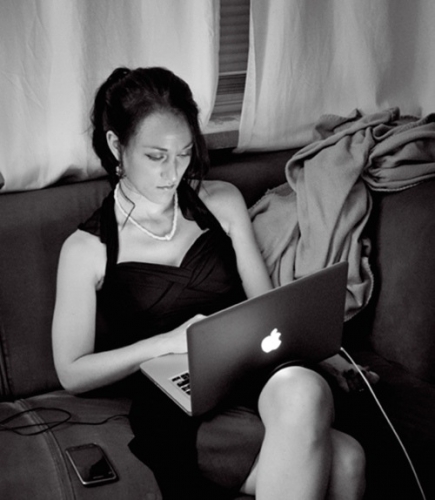 I’m an American teacher and writer living in Lappeenranta, Finland.

I’m originally from a tiny place in northwest Connecticut called Barkhamsted. I moved to Finland for love, and I don’t expect that I would done so for any other reason. I remain here, though, because it is in Finland, not the U.S., where “the American Dream” can truly be realised. I’ve been here for about four years now.What challenges did you face during the move?

The move itself was incredibly easy; I didn’t have many possessions to speak of and I had a place to live waiting for me here. At first, the hardest part was leaving my vast and beautiful social structure behind. Then it became the process of integration: learning the language, finding a job, and “fitting in”.

Sure. I met a lot of them when I started studying Finnish shortly after I moved. Finnish isn’t known for being the easiest language in the world, but it’s often essential if you plan to find work. A lot of immigrants make it a priority to master at least the basics upon moving here, and I met quite a few interesting people through an intensive beginners’ course. I also teach English at a Finnish high school, where I’ve met and taught a number of international students.

There’s a nice balance of freedom and calm in the Finnish way of life. Institutions work as they should (although I know quite a few Finns who would take issue with that statement), there’s pretty much always a lake somewhere nearby, and you’re free to roam almost anywhere you please.

Now that I’ve come through the hardest and most painful part of integration, I’d say I miss the availability of fresh, inexpensive food. I enjoy traditional Finnish dishes and all, but I remain unimpressed by the selection of goods in any given supermarket here in Lappeenranta.

Although Finland is quite an egalitarian country, I’ve noticed that it is fairly socially conservative in some respects. Connecticut, where I’m from, is perhaps the polar opposite: socially liberal and not at all egalitarian!

For the moment, I plan to continue my little life here in Finland. After four years, it’s home. I’m also looking forward to travelling a lot, both for work and in order to escape the cold.

Elena shares more information about life in Finland on her blog, Already There.