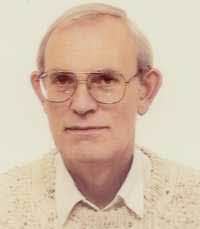 My name is Alan Simonds. Born in England in 1945 I lived in Balham with my parents and my brother until I was five. The family moved to New Zealand in 1950, but for various reasons my father decided to move us back to England in 1956. We then lived in Surrey where I went to a local Secondary Modern school leaving at 15 with no qualifications. I had always been interested in electronics and trained as an electronic wireman, working for various companies until I eventually became the Production Director of a company manufacturing equipment for the nuclear power industry.

In the early 80’s my wife and I went to New Zealand for six months with the intention of emigrating, but at that time unless you were in a profession such as a doctor, nurse, teacher etc. or had a lot of money it was very difficult. On returning to the UK, I decided to go to university to study computing, taking an HND in Information Technology. My career then moved to IT support and systems management coupled with teaching Information Technology at an adult education centre.Where, when and why did you move abroad?

We settled here in May 2006. The main reason for coming was for a better quality of life, escaping from the pressure of work and the traffic in South East England.

Very few. The main thing is getting into the French health system. We were fortunate in that my wife was officially retired in the UK and was receiving a state pension. This meant that she automatically qualified for a Cart Vitale (giving her coverage under the health system and as her spouse I was also covered). We imported both our cars from the UK and fortunately, because they were manufactured in France, this gave us no problems other than filling in the appropriate forms and going to the correct departments in the correct order. One thing I will say is the French love paperwork and forms, some of which are very difficult to understand, but there is usually someone around who has done it before and can give advice.

We were over here on holiday in 2005 and drove past the end of a lane which had a sign for a building plot for sale. We looked at the land which amounted to about 1.4 acres and had a stream running along two sides. We were totally smitten and decided to buy, at this stage not knowing what we would have built on it. In the event, we opted for a timber house which was built by a local French company. As we were still living in the UK at the time, we asked them to project manage the whole job including obtaining planning consent, groundwork, drainage, electrics etc. Overall we were very happy with the result and had few problems.

Very slow. Although some properties are selling, people have to pitch their prices correctly. Very much like the UK, with the current economic climate you have to have realistic expectations if you are trying to sell your property.

Although I took early retirement from my job in the UK, I decided at the beginning of 2009 that I would start a business (www.astecweb.co.uk) under the new Auto Entrepreneur scheme, using my computing skills to do website design for British businesses in France. Registering under the scheme was by French standards very easy. The great thing is that you only pay social charges and tax based on your turnover. I opted to declare and pay every three months and this is done online.

There are quite a few expats, although we are quite well spread out. I am a member of an association Alliance Anglo-Normande (www.alliance-anglo-normande.info) which was set up to help expats in Basse Normandy integrate into the French way of life. Their activities include French lessons and various social activities which involve French and English.

Our neighbours are brilliant as are the people in our community. There appears to be no resentment or anti-British feeling towards us. Our immediate neighbours did everything to make us feel welcome and for the past two years we have celebrated News Year’s eve with them. We are involved in community activities and are members of the local historical society. Commune meals are always interesting, although I have to admit I don’t always understand everything that is going on!!

The relaxed lifestyle, lack of traffic (two or three cars a day down our lane), great food and wine and the peacefulness of living in the countryside.

Nothing I dislike. We both miss being able to go to the chippy for our fix of fish and chips. When we do go to the UK, two or three times a year, we make up for it then.

Make sure you have enough money to live on. Many people came when the exchange rate was over 1.4 euros to the pound and they could manage OK. Because they were relying on funds from the UK their real income in France has been cut by 30% and they are now finding it very hard. If you are thinking of starting a business, make sure there is a need for what you are offering. If you are considering running a chambre d’hote or renting out gites, you might want to reconsider. With the exchange rate as it is, many people in these businesses are struggling. Finally, learn to speak French!!

To continue living the good life in France and enjoying semi-retirement.