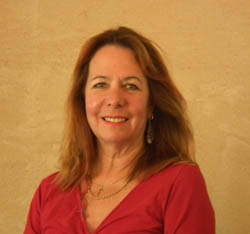 We faced inordinate difficulties when we moved to France, the worst being the bureaucracy. I set up my own little estate agency because my teaching qualifications just seemed to confuse the local Headmaster and he wasn’t interested. It was too far to drive anywhere else, I had three small children, my husband spoke no French whatsoever, and we needed money fast. At that time the British were still snapping up properties even in the centre of France, where we at that time lived.

The British do not realize how lucky they are. If you wake up tomorrow morning, in Britain, and decide you want to be, say, a hairdresser – hey presto, you can be a hairdresser. You may do the job well, or you may do the job badly, but you can do the job. The French have no such freedom. Being an estate agent without the appropriate qualifications carried a prison sentence – yes, a prison sentence!But neither the notaires with whom I worked, our accountant, the bank manager, the insurance man, our solicitor, or the chamber of commerce (with whom I registered) troubled to mention this. I suppose they thought it was obvious. Or perhaps they didn’t know themselves.

I went through a total nightmare of hovering on the wrong side of the law and of trying not only to obtain the appropriate “carte professionelle” but trying to even find out what it was anyway! The up side was that the British snapped up the properties I showed them, and we made good money.

I cannot even begin to describe the difficulties, and my advice to anybody setting up their own business in France would be to keep the business address, tax, accounts etc. based in the UK. This side-steps an enormous amount of bureaucracy, rules, regulations, fines – nightmares. I ended up in court several times simply because I was working. I had an accountant, I paid tax, I declared openly anything and everything – yet I was positively punished for it.

Part of the trouble was that, for the French (Continental?) mentality, you will be given a proper answer provided you have asked the appropriate question. When my solicitor phoned the Chamber of Commerce to ask why I had not been informed of the onerous sides of real estate, the woman replied “She didn’t ask …?!” This does seem to be a standard attitude. They do not volunteer information. You have to ask first, and then they will tell you.

One day I was at the Prefecture de Police in La Rochelle, and a female policewoman was taking down my details. She copied out of my passport and in her best handwriting she wrote down, with agonizing deliberation, my name, my maiden name, my mother’s maiden name (why? Lord, I don’t know), my address, my address in the UK, my date of birth and finally my place of birth: Alice, Cape Province, South Africa, she wrote. Then, looking at what she’s written, for good measure she added Angleterre.
Ho hum.

But I don’t want to ridicule the French. I could go on and on ad infinitum about how I hated them and how many traumas their system put me through. But the truth of the matter is that now I am very happy in France. Neither of us works anymore, so the bureaucracy is now somebody else’s problem. I love the good medical system (though we have always been treated extremely well in the UK I will add), the cleanliness of everything (I spend a lot of time in third world countries, so I appreciate it), the efficiency, the sunshine. The selection in the shops is fantastic, the French have at last started to learn a bit about customer service, the relaxed atmosphere, the good roads, the language, the history …

It has to be noted, however, that the things I love best are my Mexican friend Mimi and the expatriate group I belong to…