Home » France » Moving » How Will The New Carte De Sejour Rules Affect You?

How Will The New Carte De Sejour Rules Affect You? 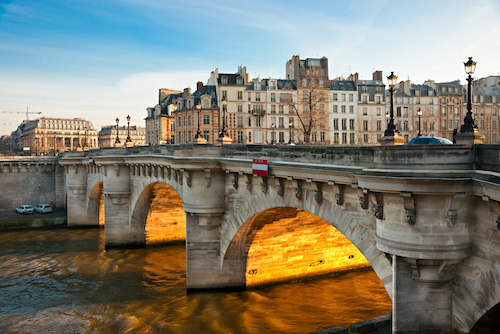 As Brexit continues to loom, it is strongly suggested that UK passport holders living in France apply for a carte de séjour (French residency permit). This is not a current legal requirement, but if this is done before Brexit, it will give you the right to remain in France. This is a good time to apply for the permit as not many people are doing so right now.Before you apply for the French residency permit, there are a few things you need to know.

Confirm That You Are A Legal Resident Based On Current Rules

• Ensure your tax returns are up to date.
• Check you are enrolled in the French health system.
• If you have been resident for five years or more, apply for a carte de séjour under current rules.

If you’ve been resident for less than five years, you will have to make a new application for a card post-Brexit. You should still apply if you plan on travelling shortly after Brexit day.

Keep all of your Avis d'Imposition (tax notices). If you are missing any, you can print them out from your account at impots.gouv.fr.

Keep all your utility bills for at least five years. If your name is not on the taxe foncière (property tax) or taxe d'habitation (housing tax) bills for your house, or on any other utility bills, get it added ASAP and ensure that the name on the bill matches the one your passport.

Keep your bank statements, wage slips and/or pension statements from the past five years.

Schengen Border Code rules mean that existing passports which were renewed early and therefore have more than 10 years validity will no longer be valid right up to the expiry date written on the passport. This will be limited to the 10 years immediately after the date of issue. This means that if you renew your passport six months early, you will lose six months’ validity; that is, the passport will be valid for 10 years only and not 10 years and six months. However, your passport should have at least six months’ validity upon your arrival in the country. Additional information can be found here.

It is recommended that you apply for a French driving licence sooner rather than later. If a no-deal Brexit happens, UK licences recognised in the EU27 will lapse and you will require an International Permit to drive.

If you have a personal pension plan in the UK and have not yet retired, it is worth asking your insurer/private pension company to check what plans they have put in place for the post-Brexit period.

There is a possibility that some issues may arise over the rights of UK insurers/financial services providers to operate in the EU without having a formal presence there post-Brexit. This could cause problems with making payments to those not residing in the UK.

If you’re still using your UK-issued EHIC (formerly the E111, currently known as European Health Insurance Card) to cover your medical needs in France, you will need to take out full private health insurance to cover you until you become eligible to join PUMa (the French National Health system).

This is due to the fact that the EHIC scheme will no longer be valid after Brexit, so you won’t be covered. Having health cover is a condition of legal residence in France.

If You Need To Travel Around Brexit Day

As a UK passport holder and non-EU citizen, you will lose access to the EU/EEA passport/immigration queues at airports and border crossings in any country in the Schengen zone when the UK leaves the EU.

You will be required to queue with other third-country nationals and have your passport stamped both on entry and exit. If you have a carte de séjour (residence permit), you will need to make sure that you have it on you so that you can provide it as proof of your status as a resident.

The UK Government is, along with the European Commission and the Ministry of the Interior, attempting to clarify the repercussions for people who currently don’t have cartes de séjour. Until the situation is resolved, it is advised that if you absolutely need to travel close to Brexit day, you should ensure you have sufficient proof of your French address and resident status.

If you have a French-issued EHIC (CEAM – La Carte Européenne d'Assurance Maladie), you need to keep in mind that after Brexit, you won’t be covered while in the UK. You will need to make sure that you take out health/travel insurance to cover emergency health care for the duration of your visit.

Check If You Are Eligible To Apply For French Citizenship

French citizenship will not guarantee all the rights currently provided to EU citizens (such as mutual recognition of professional qualifications), but it will guarantee you the right to reside and to work in France; and as an EU citizen, you’d continue to benefit from full free movement rights within the EU.

Have you lived in France? Share your experiences in the comments below, or answer the questions here to be featured in an interview!