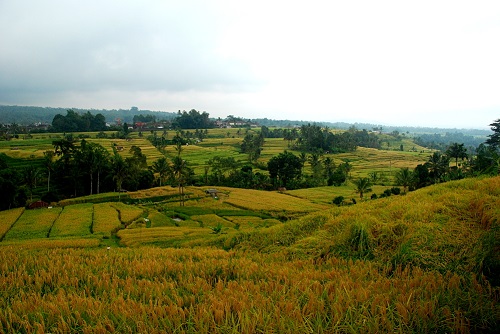 I am typing this on October 30th 2020. I have just looked up my earlier November effusions. Those were the days!

At 8 pm last night, President Macron announced the reimposition of lockdown – le confinement. So, once again, we must all carry an Attestation de Déplacement Dérogatoire every time we leave the house. We had the previous version on my PC, and there are few changes this time around. We have printed copies for friends without IT facilities.

Once again, more bars and restaurants are closed (it is not clear whether they will be allowed to offer takeaways, as our favourite local eatery did last time), as are non-essential shops. Online suppliers will have a field day. No socialising, which means no visitors. Charity Cottage stands empty.

No tricks or treats

Look up Hallowe’en in the big Harrap’s French and English Dictionary, and you will find La Veille de la Toussaint, together with an explanation in French, as if Hallowe’en were an esoteric Polynesian custom chronicled in National Geographic. In 15 years at Maré le Bas, we never opened the door to a troupe of trick-or-treaters, even before Covid-19 struck.

The shops are full of pumpkins, but we cook with them rather than hollow them out to make lanterns. French pumpkin soup is one of the glories of autumn cookery. Chestnuts are in season too – sadly the Fête des Châtaignes at Quarré les Tombes has been cancelled. Before potatoes arrived from the New World, chestnuts were a staple food in the Morvan, rather than something to munch after a good meal.

Here is my recipe for pumpkin soup with chestnuts:

• 800g of chopped pumpkin (in an ideal world, I’d keep the rind to carve a lantern, just for fun)
• Five chopped onions
• 200g of lardons (diced bacon; you could snip up some streaky bacon with scissors)
• Cooked chestnuts – use a tin or a vacuum pack to avoid the tedious peeling
• Cream
• Butter for frying

1) In a big pan, lightly fry the onions in butter.
2) Add the chopped pumpkin.
3) Stir together, then add water, cover, and simmer until the pumpkin is soft.
4) Meanwhile, fry the lardons in their own fat and chop the cooked chestnuts.
5) Liquidise the soup, add the lardons and chestnuts, give another brief whizz, and season well – lardons are salty, so taste before you sprinkle.
6) Stir in a little cream.

Strictly speaking, Roman Catholic tradition makes a distinction between La Toussaint (All Saints’Day) on November 1st and the Commémoration des fidèles défunts (All Souls’ day) on November 2nd. Deceased loved ones are supposed to be commemorated on All Souls’ Day. However, since La Toussaint is a public holiday, French people honour their dead then. Family members go to the cemetery together to put chrysanthemums on the grave, and they may light candles to symbolise happiness in the afterlife. They may also attend special church services. This year such get-togethers are banned.

Big families may load their trolleys with a dozen or more pots of chrysanthemums. Once the floral tributes on the graves are past their prime, they end up on the big compost heap outside Cervon cemetery. Keen gardeners rescue particularly fine specimens and nurse them back to health.

Digression: Chrysanthemums are so popular as floral tributes that they are rarely given as a gift, as I found to my embarrassment soon after our arrival in the Morvan, when my gift of a splendid chrysanthemum plant was not enthusiastically received.

This year, sales of potted chrysanthemums have dwindled, because of the pestilence.
Well, we are, they keep saying, all in this together, except that here in the Morvan, few people seem to fall ill.

Remember, remember
The fifth of November…

I am feeling nostalgic about November 5th, Bonfire Night. Here, alas, fireworks are for Juillet Quatorze, and bonfires are banned all year round. Our acre of ground produces a lot of dead branches and leaves. By order of the Mairie, who receive their instructions from central government, we have to cart our green rubbish to the déchetterie or burn a little at a time in our tiny incinerator.

When a friend lit a bonfire recently, a nosy neighbour called the cops, who read him the Riot Act. Well, the Rabsons are on good terms with their neighbours. What if we invited everyone to a proper Bonfire Night? No way would we burn poor Guido Fawkes in effigy. He and his buddies tried and failed to blow up Parliament, and we celebrate their gallant attempt. There would be Plot Toffee, hot chestnuts and potatoes, proper sausages from the English butcher at Epinac, and ‘tame’ fireworks, like sparklers and Golden Rain.

Is there a French equivalent of poor Guido Fawkes, the original ‘fall guy’? I can think of a few people who deserve to be burnt in effigy.

Today, John asked at the Mairie about arrangements for Armistice Day on November 11th, but no information was forthcoming. Traditionally, we congregate in Cervon village square. Babette, the local fundraiser, sells paper bleuets in aid of the Red Cross. In Flanders field, the poppies grow, but for the French, it is the cornflowers that symbolise the fallen.

The Mayor, in his tricolore sash, reads a Loyal Address. A schoolchild reads another address, and we all sing the first verse of the Marseillaise, a stirring tune with bellicose lyrics.

Digression: We ‘did’ the French Revolution in A Level History, and I am well aware that, far from being a spontaneous uprising of the downtrodden peasantry, it was orchestrated by the professional classes, chiefly lawyers and intellectuals.

Then, having vowed that the impure blood of the oppressors will water our furrows, we all process to the Salle des Fêtes for kir and nibbles.

Digression: I love eponyms: the biros, hoovers, chauvinists and guillotines which enrich our language. Kir was originally known as blanc-cassis and is an apéritif invented by Canon Félix Kir, Mayor of Dijon. It combines white Burgundy wine – traditionally Aligoté – and crème de cassis (think alcoholic Ribena). Both are local products. Canon Kir habitually served this drink to delegations, thus promoting local products and supporting local producers. Use one of the many local sparkling wines and you have Kir Royale.

Whether all this will happen in 2020 is anybody’s guess.