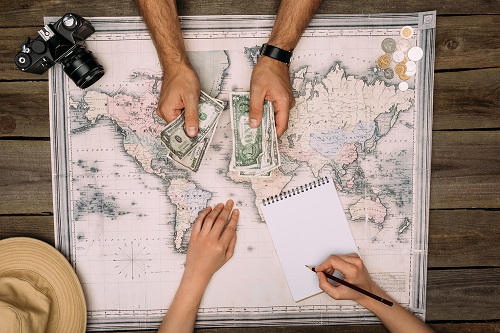 With the news featuring wars, terrorist incidents and mass shootings on a daily basis, the world can seem like an alarming place, and for many who are contemplating an expat lifestyle, safety is a primary concern. Yet few of us have limitless choice of locations, unless we’re very wealthy, and sometimes the safest places to live are not the cheapest. How can you combine personal security with a low cost of living? This is a question that we’re going to examine in this article.

Expat Focus recently took a look at the findings of the Institute of Economics and Peace (IEP), an independent, non-partisan, non-profit think tank, which has recently released its Global Peace Index (GPI). We’ve reported on this elsewhere, but the organisation has now released its ranking for 2022, which is a little different. The country at the top of the ranking (which has held the top slot since 2008) is Iceland, followed by New Zealand, Ireland, Denmark, Austria, Portugal and Slovenia.

Iceland is not the cheapest place to live. According to Numbeo’s Cost of Living Index, Iceland is currently ranked as the third most expensive country in the world, and these findings are backed up by research from local banks, who reported in 2022 that a hotel stay in Reykjavik costs 10%-32% more than other capitals in the Nordic region. The costs of restaurants exceed the EU average by 44%, and if you want an alcoholic drink, you’ll find yourself paying a whopping 123% more than elsewhere. Numbeo reported in 2020 that the cost of living is about 40.21% higher than that of the United States, excluding rent. Rent in Iceland is 15.57% higher than that in the US.

If you’re working in Iceland, you’re likely to be a professional and will be commanding one of the highest salaries on the planet as well, so this evens things out somewhat. Average salaries are 410,000 ISK per month (approximately US$3,300). Healthcare, construction and the IT sectors are currently in need of employees. But you may feel that the cost of living is prohibitive, despite Iceland’s high levels of safety.

Second on the IEP ranking is lovely New Zealand – already a popular choice among English-speaking expats. The country has had a major mass shooting, but it must be emphasised that events such as this are very unusual. The average cost of living in New Zealand for a single person per month, excluding rent, comes in at NZ$1,400 (US$980). Costs are estimated at NZ$4,500 (US$3,150) per month for a family of four. For a one-bedroom flat in central Auckland, you’ll be paying around NZ$2,026 (US$1,247). Compare this to London, where a similar property will cost you NZ$3,559 (US$2,191).

The country is 0.2% cheaper in terms of cost of living than the US. However, the cost of living in New Zealand is rising steeply – the Guardian reported in March 2022 that it’s grown by 5.2% for the average household within a year. You need to factor in, however, that this is a global phenomenon, in part a result of the Covid-19 pandemic, and is likely to afflict you wherever you live.

Denmark comes fourth in the IEP index and again, because it’s a Nordic country, is not the cheapest. Numbeo reports that estimated monthly costs for a family of four are 25,260.53kr (US$3,491) excluding rent. For a single person estimated monthly costs are 7,028.22kr (US$971) without rent. The cost of living in Denmark is, on average, 23.32% higher than the UK, but rents are considerably cheaper – 4.15% lower than in Britain.

Sixth on the index comes Austria, and again, this is not the cheapest option, particularly for Brits. The cost of living in Austria is, on average, 8.24% higher than in the United Kingdom, although rent in Austria is, on average, 25.08% lower. However, this beautiful country is worth considering if you’re an American expat, as figures suggest that the cost of living is substantially lower than in the USA, with estimates ranging from between 7% and 21%.

Fifth and seventh on the IEP list are Portugal and Slovenia, and you might find these optimal if your relocation plans are based primarily on safety and cost. Portugal has become increasingly popular with British expats, particularly after Brexit, given bureaucratic restrictions in neighbouring Spain. According to Numbeo, the estimated monthly costs for a family of four are €1,911.27 (US$1,968) excluding rent. For a single person, also excluding rent, the estimated monthly costs are €544.72 (US$560). However, rent is, on average, 31.95% lower in Portugal than in the United Kingdom. The overall cost of living in Portugal is, on average, 28.85% lower than in United Kingdom and 42% lower than in the US (some stats put the cost of living in the USA as a massive 81% higher). This is obviously a big jump between respective costs of living across the three countries.

In 2020, Immigration New Zealand estimated that around 250,000 Americans were trying to move to the country. However, American would-be expats are now looking at cheaper, closer options with less restrictive visa requirements – and one of these options is proving to be Portugal. As well as a low cost of living and the safety factor, its mild climate, excellent beaches, and quality of life overall make this European nation an appealing prospect for both Brits and Americans alike, and the standard of spoken English across the country is also high.

In addition to safety and cost of living concerns, Slovenia also ranked 17th in the latest Numbeo.com Quality of Life Index, with ‘the best elements’ of Italy and Croatia. Denmark, also featured above in our ‘safe places’ index, gained second place in this ranking in 2022. New Zealand came 9th, and Portugal cam 20th. The UK and USA were 22nd and 15th respectively.