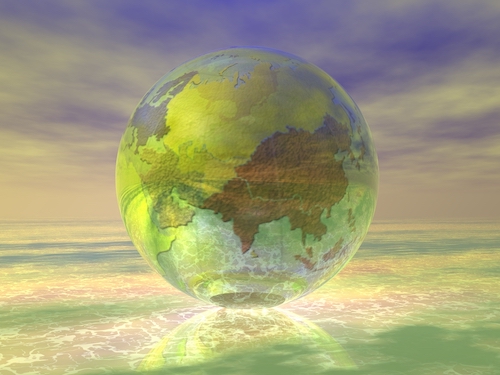 Permanent Residency Granted To 2,500 Expats In The UAE

The UAE has granted its ‘Permanent Golden Residency’ status to 2,500 expats living in the country. Doctors, researchers and scientists make up the bulk of the first batch of expats to be granted permanent residency, along with technological innovators and investors.The UAE aims to position itself as a leading location for top talent, and the permanent residency grants are one step on the road towards this.

Any expats dubbed ‘huroob’ by the Saudi government are being refused the option of ever entering the country again, according to the Directorate General of Passports.

Huroob refers to so-called ‘runaway workers’: expats who have absconded from their employment in the past but who now be attempting to work illegaly in the Kingdom.

Expats in Kuwait will no longer have to renew their driving licenses every year if a new regulation comes through per the suggestion of Major General Jamal Al-Sayegh, the Acting Assistant Undersecretary for Traffic Affairs. Instead, driving licenses would last for as long as an expat’s visa, and would only need to be renewed when they went to renew their visas.

The measures are being posited to reduce the waiting times for people who need to renew their driving licenses, and to make it easier for expats to drive in the country.

The Telegraph, working in partnership with Moneycorp, have released a new guide to transferring your money abroad.

The guide covers how to receive a salary from overseas; how to transfer your salary and bonuses; how to buy property in a new location; and how to set up a multi-currency account.

Previously coming in at number 13 on the HSBC survey regarding the best expat destinations around the world, Indonesia has plummeted to 31st in the latest iteration of the report.

Although it ranks highly for its welcoming atmosphere and levels of fulfillment, the country does not fare well in terms of political stability or schooling, bringing its overall ranking down to 31st out of the 33 countries included in the survey.

Bangladeshis living abroad are being urged to sign up for digital national ID cards, which will allow them to continue to vote in Bangladesh’s elections. Launched in 2016, the NID cards are available to residents and non-residents alike, and allow people to use a simple online system to cast their votes.

Expats Return To Lebanon To Protest Against Corruption

Lebanese expats are returning in their droves to join country-wide protests against corruption among politicians in the country. BBC News reports:

"In a TV interview Lebanese President Michel Aoun told demonstrators that "if they see no honest people in this state, let them emigrate", angering not only the protesters who have taken to the streets for more than a month, but also expats."

The president’s comments were a large part of the driving force behind expats returning for the protests, which formed part of the Independence Day demonstrations.

In the wake of the Brexit vote, British expats who no longer feel they are able to easily move to European countries might now consider Mexico as an alternative destination, suggests Emigrate.co.uk.

A similar climate to Spain and Italy, as well as the fact that the country is already set up for American retirees, means that it could become a top destination for British expat pensioners.

British Expats Miss Marmite The Most

A new survey from British Corner Shop, which provides British food for expats abroad, shows that the number one item British people miss when they move abroad is Marmite.

Irn Bru, Twiglets and British bacon are also high on the list, as well as chocolate, custard, marmalade, tea and mustard.

It’s not all food and drink that people miss, however: 52% of expats miss having a British pub nearby, while 25% miss the countryside.

Anti-Brexit Campaigners Ask For Help From Expats In Germany

Campaign group Proxy Voters Against Brexit is appealing to British expats who are living in Germany, asking them to make sure they are registered to vote ahead of the upcoming 2019 election.

Under current legislation, voters abroad need to set themselves up with a ‘proxy voter’ who will be able to cast their vote in absentia on the day.

Those who want to help voters abroad can sign up via the ‘Remain Proxy Voters‘ form, whereupon they will be matched with an expat who needs someone to cast a vote for them.

Expat Renters Pushed Out Of Prague By AirBnB

Expats who are looking for rental properties in Prague are finding it difficult to find places to live, due to the increasing popularity of AirBnB in the city.

Only 3% of rental apartments are offered with long-term contracts in Prague, the rest being distributed among the short-term lettings market, with a particular focus on holiday lets.