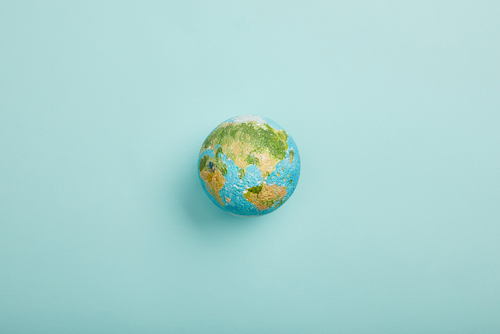 New Fund For Filipinos To Study In The UK

Would-be expats from the Philippines can now apply to a new fund, set up by the UK government in conjunction with insurance company Pru Life UK, to have the duration of their study fully funded.However, with only two places available, competition looks set to be fierce. In total, the Prudence Foundation – the wing of Pru Life UK that deals with the sponsorships – has sponsored 126 Asian students since its inception twenty-two years ago.

The worst country in the world to live as an expat is Kuwait, according to the 2019 Expat Insider Report from InterNations.

The UK made the top ten, coming in as the seventh-worst place to live worldwide.

The rest of the top ten list was made up of Italy, Nigeria, Brazil, Turkey, India, Greece, Russia, and South Korea.

On the flipside, the same survey quoted above asked expats all around the world about their quality of life, to reveal the top countries for expat living.

Taiwan came top of the list, in large part because of the excellent access to affordable healthcare in the country.

Vietnam, Portugal, Mexico, Spain, Singapore, Bahrain, Ecuador, Malaysia, and the Czech Republic made up the rest of the top ten.

750 expats working for the ministries of education and health in Kuwait are expected to be laid off within the next few months. The move follows a bid to remove at least 1.5 million expats living in the country before 2027.

In the twenty-two-month-long “Nation Without Violators” campaign, the Saudi Arabian government has been cracking down on people living in the country illegaly.

Over 960,000 people have been deported, raising concerns about who is going to fill their positions if they have been illegally working in the country.

Speaking to StepFeed.com, economic analyst Abdul Rahman stated that one of the main challenges of the so-called ‘Saudization’ drive – in which both legal and illegal expats are being removed from Saudi Arabia in a bid to give more jobs to local people – is that many Saudis refuse to work in the kinds of menial professions often taken up by illegal expats in the country.

Overseas Landlords Under Fire From HMRC

In a remarkable new measure, HMRC has requested that tenants living in UK properties owned by foreign landlords should stop paying rent if the landlords have not settled their tax bills.

HMRC is increasingly cracking down on people living abroad who have ties to the UK and should be paying taxes, but are using tax-dodging mechanisms to avoid doing so.

Tenants are being asked to get in touch with HMRC if they have any information about how to contact their errant landlords.

The Ease of Settling In Index, released recently as part of the annual Expat Insider Survey, shows that once again Germany rates in the bottom five countries for making friends and being welcomed.

Expats reported that it was difficult to make friends with locals, and that resources for expats who wanted to settle in were not as plentiful as they would have expected.

At the other end of the scale, Mexico was the easiest place to settle into, with expats reporting that making friends was easy and the local people were welcoming of new arrivals.

Australian repatriates – people who have moved abroad for a period of time and then returned home – find it much harder to find a job upon arrival than their local counterparts.

Over 80% of recruiters surveyed in a recent study by recruitment firm Indeed said that they would be reluctant to hire someone who has recently returned to the country due to their lack of local connections in the industry.

Some Australians have come home with the intention of settling down, only to find that they need to move abroad again in order to maintain the quality of life they had been used to.

A Thai regulation stating that all residents must tell the government where they are staying has recently been revived, causing havoc for a number of expats in the country.

In theory, the TM30 form has always been required by the government: previously, however, either hotels or landlords would fill it in for their expat tenants, or the forms would be skipped entirely, with no sanctions in place.

Since March this year, however, the government has suddenly revived this regulation and its legal ramifications, causing confusion and difficulties for expats in the country.