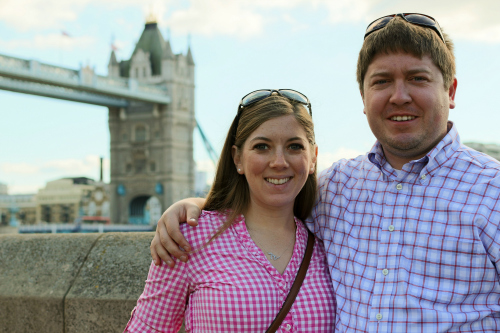 We moved to Germany in August 2014 for Aaron’s job. He is working on a new plant that is to be built in the US, but engineering is currently being done in Germany at the company’s headquarters.We had always discussed what we would do if the opportunity to take an expat assignment was offered. We briefly discussed it and decided we would move, despite the fact that we had bought a house less then 2 years previously and had planned to start a family within the next year. We figured, if not now, when?

Saying goodbye to friends and family was definitely the hardest part of the move. We had a pretty good group of friends, Meghan had a job she loved at Ford Motor Company, and both of our families were nearby. Logistically, packing and selling our house was a nightmare. A year before, we had planned a two week vacation to the Upper Peninsula of Michigan for diving, including a week on a boat in Isle Royale National Park (a series of islands in Lake Superior). We had no internet access or phone services. Before our trip, our house was packed up, and two days after we returned, we had to fly to Germany, with all of our dive gear in tow.

There are a decent amount of expats in our area (Mannheim), but a lot more up in Frankfurt and over in Kaiserslautern. We have made friends with both other expats (from the US and from other countries), as well as locals.

We are centrally located in Europe, close to a major airport, meaning that travel within Europe is a breeze. It’s completely feasible to hop on a plane and go to Spain for the weekend, or spend a week in the remote fjords of Norway diving. Within 6 hours of driving, we can be in Milan, the Austrian Alps, Prague, Paris, or Brussels. Since the expat population here is fairly small, we have had to integrate into the local way of life and not rely on English language services being offered everywhere.

Being far away from family is difficult. We recently had a daughter and it would be nice if we were able to see family more. But between Facebook, Skype, and WhatsApp, staying in contact isn’t all that difficult, we just need to account for the time change. 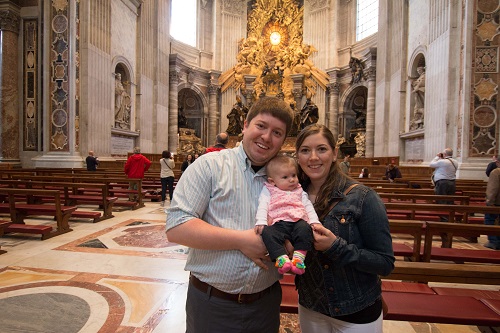 Differences in cultural holidays is perhaps the biggest difference we have come across. Some holidays are the same, but celebrated a little differently (Christmas, New Years, Easter), others are completely new to us (Day of Reunification), and still others are uniquely American (Thanksgiving). Our first Halloween here, we went to a costume party as Fred and Wilma Flintstone (or Feuerstein in German). When we showed up, everyone else was dressed as zombies, witches, or something “scary.” Unbeknownst too us, Halloween is for scary costumes and Karnival is for fun costumes. It was also fun to introduce some German friends to American Thanksgiving. We spent 3 days cooking in our sparsely stocked kitchen and made all the American classics – turkey, stuffing, cranberry sauce, mashed potatoes, sweet potatoes, and pumpkin pie.

Oh, and the fact that EVERYTHING is closed on Sundays! This one still frustrates me. I hate when I’m making dinner Sunday night and realize that I’ve forgotten one important ingredient, and can’t just run to the store to grab it. Or when you run out of cat food and you have a picky eater for a cat that won’t touch anything but the dried cat food she’s used to. Seriously, what cat turns her nose up at tuna?!

Our best advice would be to go with the flow and try to have a sense of adventure about it all. It can be difficult moving to a new country and culture where you don’t speak the language and everything is new (try decoding laundry detergents and a European washing machine when you have a mountain of clothes that need to be washed). Try to make friends with either other expats or locals so that you can ask them questions. And, if at the end of the day, you’ve reached your limit with newness and unfamiliarity, it’s completely ok to shut yourself up in your apartment with a glass of wine, some chocolate, and binge on Netflix (not that we’ve done this at all). Tomorrow is a new day to try again.

Our plans for the future are pretty hazy. It all depends on whether or not the project Aaron was sent here for is approved or not. If it is approved, we likely have another international move to look forward to (we can’t publicly say quite where yet, but we have a pretty good idea). If it is canceled, we will probably move back to the US. We should know more by the middle of June (fingers crossed!).

You can keep up to date with Aaron and Meghan's adventures on their blog.