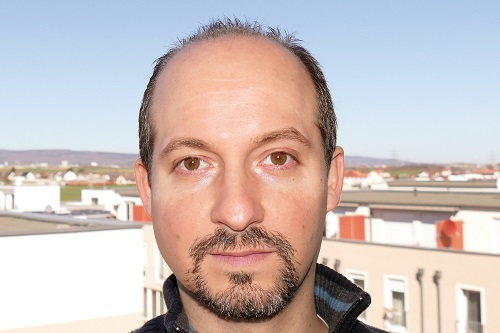 My name is Marcos Cherem, I’m a Mexican-Spanish citizen born and raised in Mexico. I am a family man with a wife and a kid, and an IT expert who enjoys travel and living in different places. I embrace multiculturalism and I’m raising my child as such, as a citizen of the world.Where, when and why did you move abroad?

The first time We moved (Mexico to Texas USA), was because both my wife and I had this thirst to see how it was to live in a different country, our dream has always been moving to Canada but for one reason or another the opportunity hasn’t arisen. We even had at some point a process ongoing for Australian residence permits as skilled workers, 5 years passed and nothing happened so we forgot about it, we were in our second host country, Germany, by the time they decided to restart our process. So we moved to Texas to pursue the American dream, but we were hit with the harsh truth that the American dream is way harder than expected when on a visa vs being a citizen. So we decided to look for more stability and relocated to Germany where we have full citizen rights because of the EU.

Moving to the USA was fairly straightforward, I have always been a fan of the American culture, we know the language very well and the cultural differences were not so bad. The toughest part of the move to USA as a Mexican was the visa status, it’s like a guillotine dancing over your head constantly. That was pretty stressful, we had to renew our visas every year, going back to Mexico to do it, so the stress was always there, wondering if the consul was going to be in a bad mood that day and deny us entry. I wouldn’t like to be in that position under Trump’s administration so I pass on USA for the time being.

When moving to Germany, the main challenge was the language, my job here is in English but obviously, everything else is in German and without proper previous training it was pretty stressful, we have been here for 3 and a half years now and still struggle with German. If I were to switch jobs in Germany it would be quite a challenge to find a position that doesn’t require German language proficiency, so you really have to put your head to it and learn the language of your new country ASAP. There are also many cultural differences between Mexico/USA and Germany, there are some funny and some not so funny but in general Germany is a nice country to live in.

Yes, I’m in one of the most multicultural cities in Germany, Frankfurt. All the banking and insurance businesses are here, not to count the European Central Bank as well. So there are many expats here, from other EU countries, from Latin America, Russia, Ukraine. We have quite a number of friends from different countries and Germans married with other nationalities etc… Pretty nice mix.

Life here is relaxing, not much traffic, commute to work is awesome (20 mins by train), very good for families with small children.

Not having a support system in place, meaning your closest friends and family are not close to help out when in a pinch, so you’ve got to create your own support system by meeting new people in your new country. In Germany because I am not fluent enough in German, I feel very frustrated to try to find out any information by phone, I have some posts on my blog about the things I like and dislike of Germany, but I think the support system and having to start almost from zero regarding furniture, etc. takes some time to start having some extra money. You feel at a disadvantage with the locals because of this, they have all their support system in place, maybe even inherited a house etc. so sometimes it seems that they live a more glamorous life than yours. But looks can be deceiving.

All the banking, economy, and shopping related matters. Germans don’t like credit, they love to pay in cash, using a credit card is hard in Germany, the supermarkets close early and don’t even open on Sundays. Germans have less debt than other countries because basically it is harder to spend your money. Language obviously is a big one and FOOD!! Oh how I miss Mexican food, it’s like no other. As a Mexican/Spanish I was used to eating a lot of Spanish food back home, my uncle was a chef who studied in Spain and used to cook all this awesome Spanish food, but Mexican food is like no other, I regret not having valued it enough when I lived there.

SELL as much stuff as you can, it’s not worth it to carry over from one country to another all your possessions, most of the time it is cheaper, easier and less stressful to just sell everything and buy it new in the new country.

LEARN at least the basic level of the language spoken in the new country, it’s a huge slope up to try to learn everything on the fly because most of the time it is not just the language but the culture and how things are done in that country even if you master the language.

We are yet to find that country to call home, the USA was about the visa and work permits, Germany is about the language and cultural differences, we will keep looking until we find the best country for us, in the meantime every experience has made us grow so much, I have never regretted starting this journey with my awesome wife and kid. Without their support this could have never worked.

You can keep up to date with Marcos' adventures on his blog, Cherem.eu, and his YouTube channel.

Would you like to share your experience of expat life with readers? Fill in the questions here and send in your answers to be featured!