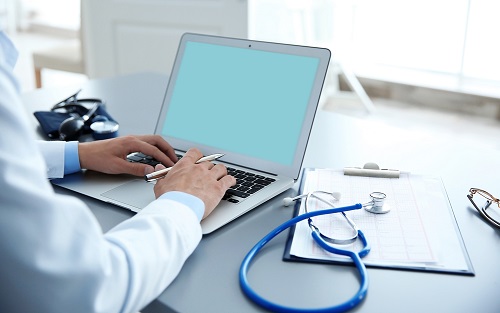 Covid-19 obviously continues to dominate the international health news and is likely to do so for some time to come. We’ll take a look at some of the implications for expats below.

As we’ve reported elsewhere, if you are an expat resident in Spain, you will be eligible for the Covid-19 vaccination, even if you’re in receipt of private healthcare and are not registered with the national healthcare system. However, some expats have reported difficulties in registering for their vaccine. The problem is that Spain’s vaccination rollout is not centralised, but has instead been passed onto regional authorities, and each of these are handling things a little bit differently. The British consulate in Alicante says that the ‘mutuas’ – private health providers – have been cooperating with the state healthcare system, and that you should now contact your private provider to check that you’re in the system. Some expats have been calling for vaccinations to be managed by town halls, and this apparently is happening in smaller areas.

In addition, some mutuas are issuing temporary SIPs (public health cards) via local clinics, so there should be a number of options for you to sign up for your vaccine if you have not been processed already.

A recent report, The Mental Health Status of Expatriate Versus US Domestic Workers, suggests that US expats face a higher risk of mental health issues than domestic workers. Three times as many expats said that they had experienced depression, for instance, and twice as many expressed concerns about anxiety.

The International Community Advisory Platform (ICAP) asked over 2,000 people from 104 different countries in the Netherlands how Covid-19 had affected them. 74% of expats said that the pandemic had adversely affected their mental health, with 30% expressing concern in particular about losing their jobs, and with some expats quoted as saying that the pandemic had affected their ability to integrate, due to ‘stay at home’ orders. 9% said that they had lost work as a result of the pandemic. However, comparatively few expats said that they had considered leaving the Netherlands as a result, and around 60% said that they were not aware of any expat connections who were planning to leave either.

Relocating abroad, particularly in emergencies such as a pandemic, is a well-known cause of mental health problems, and many expats take positive steps to address these. Workload is often a contributory factor, and the Covid-19 outbreak has caused significant problems among everyone who has been suddenly compelled to alter their working conditions. Academics, for example, have been finding themselves on the frontline of students’ own struggles with mental health.

During lockdown, getting to your local doctor might be problematic, but the rise in digital medical advice is your friend here. Make sure, if you’re an expat abroad, that you check out our advice for keeping your mental health in an optimum state.

A glitch is apparently responsible for British expats being unable to use vital S1 forms to support their French residency applications. The NHS Business Services Authority (NHSBSA), which processes the forms, says that it has been unable to validate the entitlements of some British citizens abroad. You can find details on how to obtain an S1 form on the NHSBSA website.

Apply for your GHIC online

A reminder that the new GHIC card can now be obtained online. The website says that you do not need to apply for a GHIC if you already have an EHIC. Your EHIC remains valid in the EU until it expires. However, if you want to apply for your new card, you can do so on the NHS website.

As we’ve noted before, the site above is the official GHIC access site and the card is free, but you may find that the top-rated sites on search engines ask you to pay. This isn’t necessary.

An estimated 5.2 million EHICs are set to expire in 2021, so if you have one, check the expiry date. In addition, if you’re applying from Northern Ireland, from spring 2021, you’ll have a choice between a standard GHIC with a union flag or one with a plain background.

As the vaccination rollout continues in the UK, travel restrictions are likely to ease soon, but at the moment they are still in place. As of 8th March, the UK government advises that you must complete a travel declaration form if you are travelling abroad from England. You must state the reason for your travel on the form, which you can access via the government website.

Whilst the ‘stay at home’ restrictions are in place, you are only allowed to travel abroad if you have a legally permitted reason. For example, some forms of work are allowed, whereas holidays are not.

They note that even once the ‘stay at home’ requirement ends on 29th March 2021, it will remain unlawful to leave the UK unless you have a reasonable excuse – one that is permitted by law. For a list of job-related exemptions, visit the government website.

If you are travelling from the Isle of Man, Ireland or the Channel Islands, however, you will not be subject to the same restrictions.

International travel is estimated to start once more from 17th May. Tour operators say that holiday bookings are booming, as everyone anticipates the end of lockdown. However, travel restrictions from the UK are likely to start easing from 6th April. BA have continued to fly, but they say that there are ongoing changes to their schedules, and they have obviously axed some flights. EasyJet have adopted a similar approach, and so has Ryanair. Jet2 and Tui have suspended flights until May. Keep an eye on any changes to airline schedules and legislation, as the roadmap out of the pandemic continues to unfold.