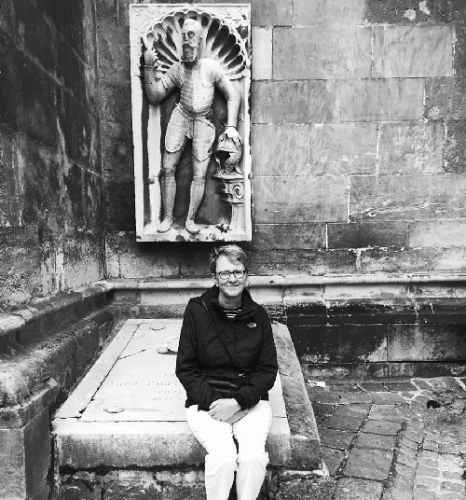 I am Julie Callahan, 59 years old and a retired IBMer who has sold everything and now lives nomadically.Where, when and why did you move abroad?

First, I moved to Bratislava, Slovakia in September of 2011 for my job. After 18 months in Slovakia, my husband and I moved to Budapest, Hungary, again for my work. Two years later, I retired and we became nomads. In the last two years we have lived in Guatemala, Berlin, Traverse City, Michigan, Philadelphia, Marin County, California, Zurich, Cuba, Ireland, and now, for a year, we are in Paris.

For me, the hardest part of that first move was probably the communication challenges. I can not speak Slovak, and surprisingly few Slovaks speak fluent English. Overnight, everything became difficult: buying furniture and arranging delivery, reserving a restaurant for dinner, ordering dinner, and figuring out how to use public transportation. It became much easier once we had done everything once and had fewer daily surprises. I also developed better coping skills for living in countries where I do not speak the language. Now, we don’t get nearly as fussed.

I would meet a very occasional American, or European expat in Slovakia. But it wasn’t like other larger countries and cities in Europe where there is a lot of expat structure. In Slovakia, we befriended no expats and became very good friends with a local family. I learned the value of local cultural immersion.

Certainly, in Paris and Budapest there are more expats, but we don’t seek out the expat culture. My husband plays in a petanque league with older Frenchmen who largely speak no English (and my husband doesn’t speak French!). But somehow he loves it and it works for us to live in more local neighbourhoods and with local friends.

Now, I’m in Paris. What’s not to like? In general, I try to focus on the positives. Otherwise, my life would be unsustainable. In Central America I learned I am a huge fan of potable water!

The obvious, being away from family and friends. And never quite figuring out the various nuances of flour types and other ingredient challenges.

When we go back to the US, we tend to stay in Philadelphia. It’s an incredibly diverse city. Most of the places where we have lived have been substantially less diverse wth the exception of Paris. I value the diversity of the 11th arrondissement where we currently live.

Just do it. Stop thinking about it. I receive emails from folks that read my blog, “I’d love to live your life.” Well, most people can.

We are in Paris until February of 2018. After that, we will likely spend some time in Ireland. And then I envision us returning to the road for a while, moving from rental apartment to rental apartment every two months or so.

You can keep up to date with Julie's adventures on her blog, The World In Between.