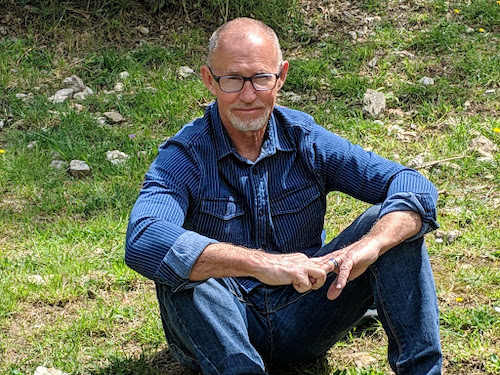 I am a 65-year-old man who left the US permanently in Feb., 2019. Until 2016 I really never had any international traveling experience, but a three-week speaking tour in Amsterdam, Prague and Warsaw allowed me to spend 19 days on the road and really appreciate the difference between the “European Way” and the American one.The proximity of countries made integration and acceptance of different cultures and languages so much easier and more practical. Travelers with different accents and dress moved about like experienced ants, in and out of subways and buses and hearing languages I did not understand became less intimidating after a short while.

I left the US on February 17, 2019 and after deciding not to apply for residency in Spain I decided that I wanted to spend life on the road. Because of visa and Schengen requirements I had a 90-day window to stay in the European Union, and decided to broaden my mind, learn about new cultures and see some of the amazing things in this world, both natural and man-made. My first stay was in Valencia, Spain for 45 days (and about $700 USD for lodging) and then a small town east of Rome, Italy called Tivoli, where I stayed for 45 days as well. Then we had to leave the EU.

At both locations we took side trips to several areas and we were always thinking about if we liked the area enough to come back there. We loved Sevilla and San Sebastian, Spain and would return there in a heartbeat, ditto Southern Italy. Some places or areas were eliminated and that made the selection process easier as time went on.

Moving about the US is easy and fluid, but in the rest of the world, not so much. It was a matter of learning about Schengen and visa restrictions, getting used to not knowing what people are saying in the coffee shop, and, in Thailand, pollution, which is a killer.

Dealing with crowds during holiday season was a lesson I only needed to learn one time, and when and where to go to follow the weather we wanted became easier over time. During a six-week bus and train tour we exchanged currency four times and that took some getting used to, but Thank God for conversion apps! That plus Uber and Bolt and Grab for taxis made getting around much easier.

We learned the hard way about Vietnam visas and ended up losing a $300 trip we were denied because we were not granted the permission to fly from Thailand to Vietnam. Between “visa on arrival” and “e-visa” and what you need to provide about leaving some countries is a lesson to be learned and it can be expensive!

That is a great question and one of the determining factors was weather. We wanted that “sweet spot” of 50 degrees (F) weather which was warm, but not hot. The Mediterranean climate hit that sweet spot and when we visited Southeast Asia we found out that tropical was good, but not as nice as what we wanted. Again, a learning process.

After a year on the road I determined it was not about quantity, but about quality and have a list of about 50 countries I want to visit that meet my needs. Colder climates in winter are out, and the Far East is less desirable than I expected it to be. I have an affinity for Europe more than any other part of the globe, so will concentrate on that. At some point I think there will be four to six “homes” to bounce in and out of, and currently that would involve Croatia, Romania, Albania, Spain and Portugal. Even with Schengen restrictions I could coordinate that forever!

In 2019 we visited 18 countries and lived for 30 days or more in five of them. We really never reached out to other expats but ran into fellow travelers all the time. We probably met more from the UK and Australia than the United States.

It varies depending upon where we are and how well we communicate.

We have met some wonderful locals along the way and maintain friendship with a few. Our AirBnB hosts in Romania were a lovely couple who invited us to their personal home, cooked us all a wonderful meal, and took us on a two-hour buckboard ride pulled by a horse! We went up and down the hills, just like a local! My girlfriend, Kathleen, spends a lot of time in coffee shops writing. That is her “work space,” and over the year she has met and bonded with several women and maintained those relationships.

Some days are exciting and busy, and others are mellow and afford me time to catch up on writing and obligations. In some places we get into a routine, whether that includes a gym workout or a daily visit to the coffee shop for a pastry. In most places we find our list of favorite restaurants and places to go. Doing things for the first time is harder, so usually we find things that bring us back multiple times.

Currently I am in Ha Long Bay, Vietnam and waking up this morning and seeing rock formations just 100 yards out our window was inspiring. As was being in a country I never thought or expected to visit and one that everyone wanted to stay out of when I was a teen facing military service during the Vietnam War.

I now have a better understanding of the globe and how small the world really is. Looking at a map and saying “I have been there” is fulfilling.

Travel days can be stressful and force early departures, late arrivals, and getting to new places in the dark. It has gotten easier over time, but we have had issues with accessing Google Maps sometimes and finding apps for local transportation. We find it takes 1-2 days to get acclimated to our new location and either look forward to moving on or miss it before we actually leave.

What is the biggest cultural difference you have experienced between your new countries and life back home?

In the US we think that the US is the center of the world. Not true! People around the world have some ideas of what is happening in the US, but they have their own lives and politics and cultures to focus on. They have much less than most “average Americans” but are happy with less. Small kitchens and baths are the norms and simple things like a bathtub are unexpected pleasures. In much of the world small, older cars are the standard and luxury cars are a rarity.

What do you think of the food and drink in your new countries? What are your particular likes or dislikes?

Lol, we just left Thailand, but will return in one week and that has been hard. People flock to Bangkok for their street food scene, but to us, it was uncomfortable and awkward. The food looked and tasted unfamiliar and with concern about getting ill in the back of our minds, it made the experience less fun.

Some places have very inexpensive alcohol, but we spent 11 days in Tunisia and were unable to find a beer or wine! We had amazing and delicious Italian food in Croatia – better than Italy! – and will absolutely return.

As a baby boomer age 65, I encourage people to become travelers, not just tourists, at least for a while; at least six weeks. We left the US with no intention to return, but not everyone is so driven. We had no kids, grandkids or houses to deal with, and we stay in touch with friends remotely just like we are next door. This life is not for everyone since we have no “comfort of home” and no car to travel in on a whim. Instead we must plan things out and be spontaneous when we can. But the thrill of feeling alive is energizing and we will do it “as long as it’s fun.”

In 2019 we hit 18 countries, 12 of them new. In 2020 we will return to Croatia, which we loved, and Greece as well. From both those countries we will take side trips to places we did not get to in 2019, like Turkey, Albania, Bulgaria, and I’m still enamored with Central America and a few South American countries.

You can keep up to date with Norm's adventures on his website, www.TravelYounger.com and join him from day one through his book, Traveling the World Six Weeks at a Time, Volume I.